Edward J. Handler III of Darien, formerly of Short Hills, NJ, passed away peacefully in his family home at the age of 81. 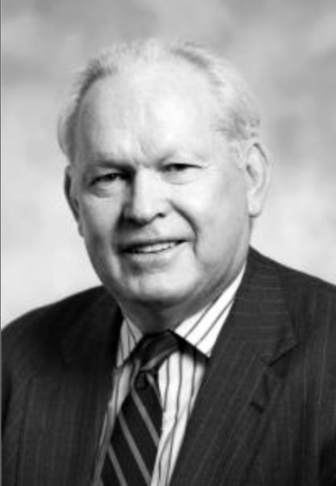 Mr. Handler was born on April 20, 1937. He was raised in Parkchester, the Bronx and attended Xavier High School in Manhattan and Braden’s Preparatory School in Cornwall, NY. He graduated from the United States Military Academy at West Point in the Class of 1960.

While a partner at the law firm of Kenyon & Kenyon he served over time on all of the firm’s major governing and operating committees. Subsequent to his career at Kenyon & Kenyon, he served as president and COO of Storm Bio, a developmental stage biotech company working on a therapeutic reagent for pandemic influenza and attendant cytokine storms. He then founded The Bronx Project, Inc., a pharmaceutical company working to develop small molecule C3.

In the 1970s he was an elected official of Millburn-Short Hills, NJ, serving as a councilman and police commissioner. In the early 1990s he served as an elected member of the Darien Representative Town Meeting.

A devoted friend and mentor, Ed was known for his intellect, keen wit and his ability to engage just about anyone long enough to make a meaningful connection and put a smile on their faces.

A Funeral Mass will be held at 10:30 a.m., Monday, July 9 at Saint John Roman Catholic Church, 1986 Boston Post Rd, Darien, with a reception afterward at the family home.