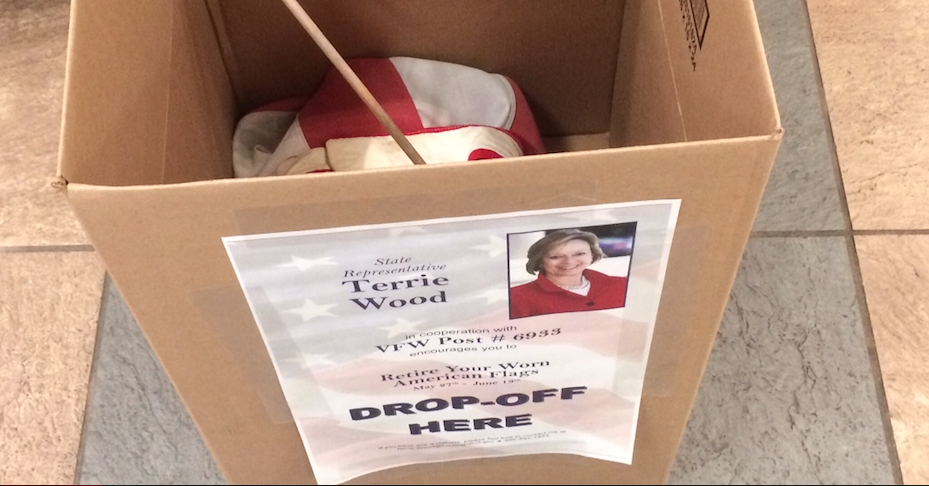 Drop off your worn, tattered American flags at VFW Hall, Town Hall or at this box at Darien Library until June 14, when Darien's Flag Day ceremony takes place.

Up until June 14, when a Flag Day ceremony will be held in front of Town Hall, you can drop off your worn and tattered U.S. flags at Darien Library, Town Hall or the VFW Post next to the Noroton Heights Fire Station.

Here’s an announcement about the dropoff locations and the event from the Monuments and Ceremonies Commission:

Led by M&C Commission Chairman David Polett and VFW Commander Lenny Hunter, veterans and residents will recite the poem,” I Am Your Flag,” as the old flag is retired. 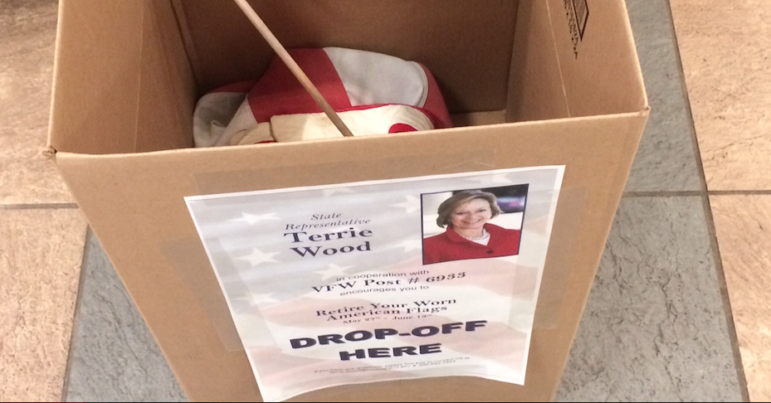 Drop off your worn, tattered American flags at VFW Hall, Town Hall or at this box at Darien Library until June 14, when Darien’s Flag Day ceremony takes place.

Drop off locations for tattered worn flags include the Darien Library, VFW Post #6933, and the Darien Town Hall. These flags will be disposed of with respect and dignity.

The Monuments and Ceremonies Commission urges all citizens to take a look at their flags and think about putting up a new one if theirs is in poor condition.

Town selectmen and the VFW Color Guard will participate as old flags are collected and retired and a new flag is presented and hung on the Town Hall flagpole. Town officials, Girl and Boy Scouts and first responders have been invited to attend this ceremony.

The public is encouraged to attend.