Dr. Patrick Anthony Correnty passed away unexpectedly on Oct. 1 at his home in Washington, D.C. He was 53. 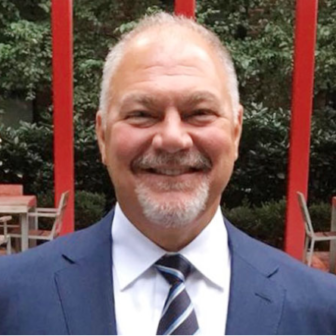 Patrick was born in Stamford, Connecticut on March 11, 1965 and is survived by his mother Joan Correnty and his father Anthony Correnty.

A 1983 graduate of Darien High School, Patrick went on to receive his undergraduate degree at Washington and Jefferson College, attended Pennsylvania State University College of Medicine and conducted his residency at Georgetown University where he was awarded Outstanding Resident.

As a youth, he had a strong desire to become a physician. In high school, he joined Post 53, Darien’s volunteer emergency medical service. His dedication to the field led him to continue on and achieve his dream.

— This obituary previously was published by the Stamford Advocate

In 1998, he started his own practice in Arlington, Va. His compassionate ways helped many people in the community, making every patient a top priority both clinically and personally.

He served on the Virginia Hospital Center in many capacities, including chairman of the Department of Medicine and vice chief of staff.

Patrick was a world traveler spending hours learning about the cultures, customs and foods of the places he visited. He made friends easily, even if they did not speak the same language. His contagious laugh made everyone smile.

He enjoyed cooking and entertaining both in his home and in support of charitable organizations. For the past several years, he cooked and served Thanksgiving dinner to all the residents of the Phoenix Houses.

In addition to being a dedicated physician, Patrick was a devoted son, loving brother and uncle. Besides his parents, Anthony and Joan, Patrick leaves behind two sisters: Deborah Hernandez and Jill Correnty-Zusman; and his brother, Dante Correnty. He also leaves behind nephews: Rafael Hernandez, Miguel Hernandez, Zachary Zusman; a niece, Gabriela Hernandez; and his beloved dogs: Charlie Brown and Lucy.

A Memorial Mass will be held at 11 a.m., Saturday, Oct. 13 at St. John Roman Catholic Church in Darien. A service will also be held in Washington, D.C. at a later date.

In lieu of flowers, donations may be made in his memory to Darien Emergency Medical Services-Post 53, P.O. Box 2066, Darien, CT 06820 or to the Correnty Scholarship Fund, Washington & Jefferson College, Development Office, 60 S. Lincoln St., Washington, PA 15301.