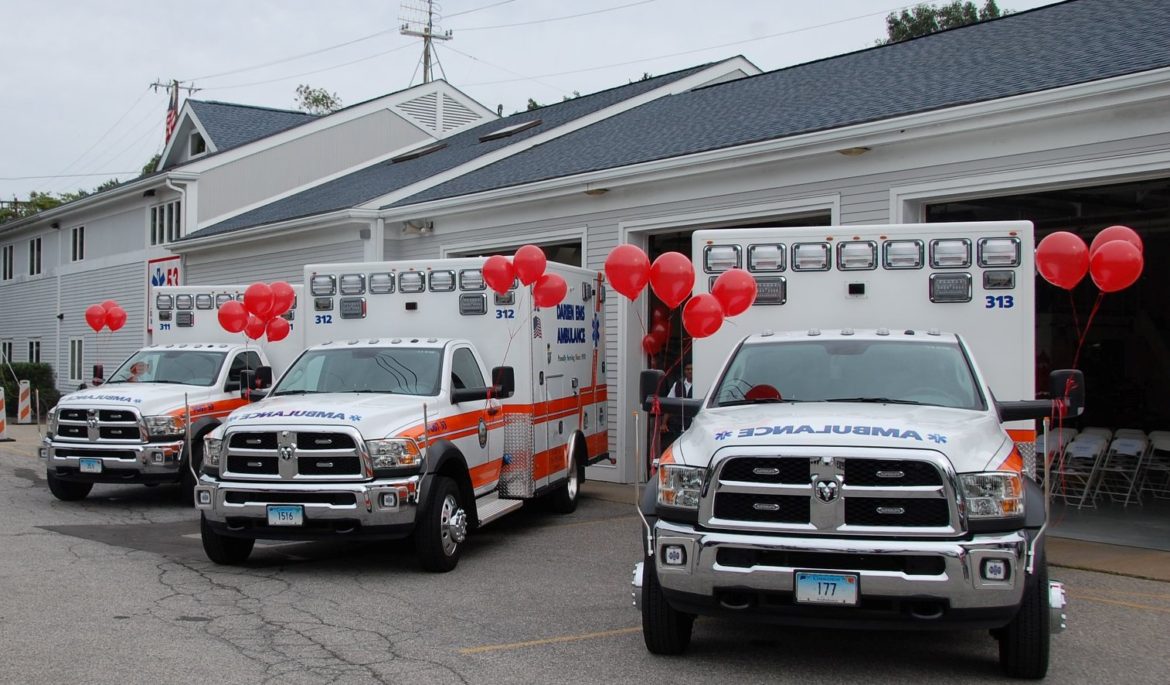 Three new ambulances have been added to Darien EMS-Post 53’s fleet thanks to the generosity of the McGraw and Ziegler families of Darien and the Friends of Post.

The ambulances, featuring the latest in safety and technology, were launched at a ceremony on Sept. 23. 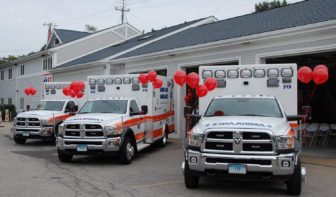 — an announcement from Darien EMS-Post 53

The launch ceremony included members of the McGraw family, as well as local dignitaries. The ambulances were officially “christened” by the families and town representatives with saline solution from IV bags.

“Over the years the Ziegler and McGraw families have been most generous in their support of the mission of Post 53 to not only provide the highest quality of emergency care to the Town of Darien, but also to offer young adults the opportunity to grow and gain experience in the medical field while serving their neighbors and their community.” said Jay Wood, chairman of the board.

The process of turning donations into ambulances was the job of nine-year Post veteran Marc McEwan, with the help of other Post 53 adult advisors. McEwan served as point person, setting ambulance specifications, placing the order, organizing radio installations and getting final inspections and registrations completed.

This process was repeated for each ambulance over a three month period to avoid interrupting Post 53’s 24/7 service as older ambulances were phased out.

“I am so proud to stand before these ambulances today, knowing they’ll be used by some of the most amazing and qualified people I will ever meet,” said Siddhant Parwal, president of Post.

“Each ambulance will go on at least 600 calls in the next year, but the lives influenced — from our patients in need of lifesaving care, to the high schoolers at Post following their passions — is so much greater. I thank the McGraws, the Zieglers, and the Friends of Post 53 for making this priceless donation.”