Darien High School’s Theatre 308 has been recognized in not one, but two state-wide theater awards programs.

For the second year in a row, both of the Theatre 2018 mainstage productions have received nominations for The Halo Awards, which honor high school student achievements in dramatic and musical theatre from over 60 high schools in Connecticut.

— an announcement from Theatre 2018

In addition, this year’s musical was entered in the first ever Stephen Sondheim Awards, the gateway production into the National High School Musical Theater Awards show, also known as the Jimmy Awards. Theatre 308 had numerous nominations for both the Halos and the Sondheim awards. 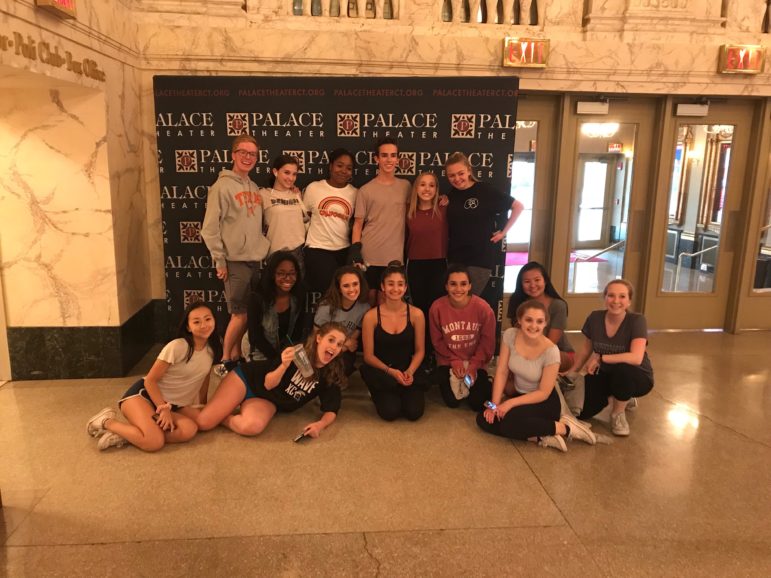 Theatre 308 students at the Palace Theatre in Waterbury

For the Halos, Theatre 308 received the following nominations for both the spring musical Footloose and the fall drama Mr. Burns, A Post-Electric Play:

-Best Performance by a Cast in an Ensemble Play or Musical

For the Sondheim Awards Theatre 308 received the following nominations for the production of Footloose:

Theatre 308 is extremely proud of its nominees and can not wait to participate in these extraordinary events.