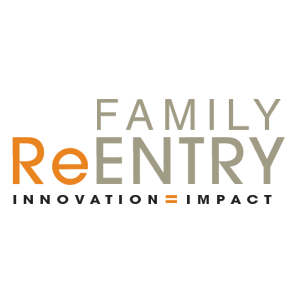 This opinion article, an “open letter” from Family ReEntry, a program that provides counseling to prevent repeat incarceration for those convicted of crimes and those suffering from mental health problems or substance abuse, asks for your support in convincing the Legislature — soon — not to cut their funding and funding for similar programs. The letter was published Monday:

The governor and Legislature are taking steps that drastically reduce Connecticut’s public safety and jeopardize our most vulnerable citizens.

Disproportionately high cuts implemented last week by the Connecticut Department of Correction (DOC), in anticipation of the state budget being voted on this week by the legislature, have devastated the community justice providers across the state.

Family ReEntry is a high-impact nonprofit agency with integrated services for reentering citizens, those suffering from mental health and substance abuse, perpetrators of family/domestic violence, and at-risk youth and families.

These programs help halt the tragic inter-generational cycle of violence and abuse and are proven to reduce recidivism, victimization, wasted lives, state and local costs, and a number of collaterally negative consequences, as well as create a positive climate for business growth Connecticut.

Family ReEntry was notified last week of the closing of 67 percent of its DOC community programs, including two large mental health and substance abuse treatment programs, which are already over-utilized and are projected to treat 1,600 by June 30, when the contracts are being terminated.

We work with other community justice providers across the state essential to providing humane and effective care, and many of their programs were also eliminated this past week.

This precipitate move will also negatively impact nonprofits throughout the state, resulting in layoffs of valuable workers, which will drive up the Connecticut’s unemployment costs and decrease income and sales tax revenue.

The regard in which Connecticut is held when it comes to the national conversation about criminal justice reform is being quickly sullied. While the fiscal year 2017 deficit is estimated at roughly 6 percent, these programs statewide, where even a small reduction will have a devastating and lasting ripple effect, are being disproportionately burdened by these cuts.

Needed structural and policy changes to improve our state criminal justice system and produce associated benefits and savings will be much less likely from such a decimated base. In the long-term, these cuts will increase costs and leave a legacy of human and social destruction, as has happened in other states that have attempted to balance their budget on the backs of their most vulnerable.

Connecticut should create a long-term budget plan that funds human services and community justice at appropriate levels to maintain quality of care. Other investment strategies in the nonprofit sector, such as Social Impact Bonds and similar instruments, should be considered and savings in less critical public safety areas explored. In the meantime, the community justice sector and its vulnerable beneficiaries should not be unfairly sacrificed to the current budget.

Now is when the people of Connecticut need heroes!

Please implore your legislators to prevent these devastating budget cuts in the community justice sector and protect public safety.

Chair, Board of Directors, Family ReEntry