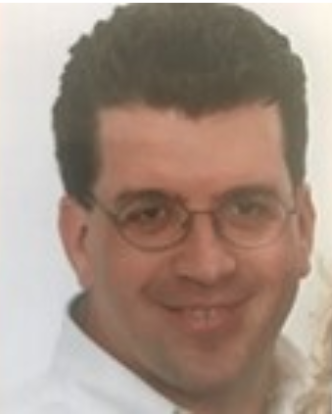 Michael Greene, 57, passed away on Easter Sunday, April 21. A funeral Mass will be held on Saturday, July 20 in Darien.

Michael Sutherland Greene, 57, of Granger, Indiana, died in the Center for Hospice on Easter morning, April 21, 2019, after struggling for years with health problems.

A funeral Mass will be held at 11 a.m., Saturday, July 20, at St John Roman Catholic Church in Darien.

Michael Greene, 57, passed away on Easter Sunday, April 21. A funeral Mass will be held on Saturday, July 20 in Darien.

He was born, in Denver on Dec. 10, 1961,  and raised in Darien by his mother, Julie Sutherland Rikert, and stepfather, John Rikert.

He graduated from the University of Connecticut and worked in Washington D.C. as an economic analyst in the area of global warming, then entered law school at Indiana University in Bloomington.

It is there that he met and married Bridgette Faulkner Greene, and together they moved to Elkhart, where he was a practicing attorney for many years.

His greatest joy in life was in becoming a father to Amelia Greene, who survives him. He was incredibly proud of her.

While he and Bridgette were divorced in 2016, she was there for him in his final weeks and he was truly grateful for her continued friendship and support.

Throughout his life, his keen intelligence and sense of humor remained. He will be lovingly missed by all.

In addition to his mother, former wife and daughter, he leaves behind his sisters Kimberly Greene and Jennifer Rikert; and his extended family and friends.

He was also tremendously grateful for his friend, David Schemenauer.

His wake was held April 30 in Elkhart, Indiana. Memorial contributions may be made to the Elkhart City Bar Association Scholarship Fund.