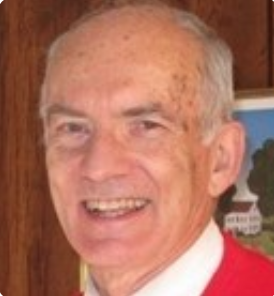 John Timbers, 76, passed away on May 23. A memorial service will be held this summer; a date has not yet been announced.

John was born in Brooklyn, New York in 1942 to Charlotte T. Timbers and the Honorable William H. Timbers, who later served as a judge on the U.S. Court of Appeals for the Second Circuit.

John graduated from Darien High School in 1960 and from Dartmouth College in 1964, after which he attended the University of Edinburgh in Scotland as a Rotary Scholar.

He later practiced law as an associate at Sullivan & Cromwell in New York and in private practice in Stamford.

— This obituary previously was published in the Danbury News-Times.

John was married for 50 years to Marilyn D. Timbers; they raised their family in Stamford and later moved to Bethel. John served as president of the North Stamford Association during the 1980s and attended St. Francis Episcopal Church in North Stamford.

John was an avid skier, model railroad enthusiast and lifelong runner who ran the New York City and Hartford marathons and regularly participated in the Boston Buildup and Fairfield County road races.

John is survived by Marilyn and their five children, their five grandchildren and his three siblings Nancy, Dwight, and William Jr. (Nick).

In lieu of flowers, donations may be made to the American Cancer Society

or to Masonicare Hospice Care of Wallingford. There will be a memorial service to celebrate John’s life later in the summer.