With less than one week before the finals competition of Darien’s Got Talent on Saturday, June 23, the Darien Arts Center has announced their stellar lineup of finals judges. 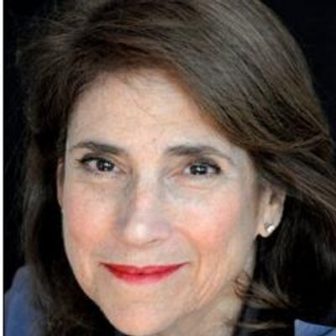 Jane Bergère, one of five finals judges for “Darien’s Got Talent”

Producer Jane Bergère has been called “The Queen of Broadway.” The winner of multiple Tony awards as well as an Olivier award, Bergère will arrive to judge Darien’s Got Talent fresh from her Tony Award win for this year’s Angels in America.

In addition to her work in New York, Bergère has also produced shows in London, Australia, Canada, and Korea.

Pat Gorman was in the original Broadway productions of Jesus Christ Superstar, Merlin, and Rockabye Hamlet. Her other Broadway credits include They’re Playing Our Song, Evita, and Zorba.

She performed the role of the Countess in the role of Reno Sweeney in the 1987 Lincoln Center revival of Anything Goes and toured in the national companies of Zorba and 1776. Her regional credits include Getting My Act Together and Taking It On The Road, Jesus Christ Superstar, and Fiddler on the Roof.

Rounding out the list of judges are Carolyn Paine, Ereka Vetrini and Chloe Bodt Sasson. Carolyn Paine is an actress, dancer, and comedian who has appeared in various TV shows and national commercials, as well as regional and off-Broadway theatre productions.

As a dancer and choreographer, she has worked and traveled internationally with pop stars and danced for ABC’s New Year’s Rockin’ Eve.

Ereka Vetrini, the host of Lifetime’s Access Health, is also a regular contributor to NBC’s 1st Look and NY Live.

Chloe Bodt Sasson has music directed or conducted for Equity, stock and regional theatre. She has worked with notable Broadway stars that include Michael McGrath, Sandra Joseph, Craig Schulman and Joy Franz, and has conducted charity events/galas with such celebrities as Alan Menken, Vanessa Williams, Paul Schaeffer, Richard Gere, and James Earl Jones.

“We are delighted to have such exceptional judges for Darien’s Got Talent. It’s going to be a fantastic evening with a variety of talent that will amaze,” said Amy Allen, DAC executive director. “This is one evening that should not be missed.”

Proceeds from the event support new and ongoing cultural events and programs offered at the DAC.

The DAC is a nonprofit organization, which offers educational programming in dance, visual arts, theatre and music, as well as special events and live theatre productions by DAC Stage. The Darien Arts Center is located at 2 Renshaw Road in Darien, behind the Town Hall.