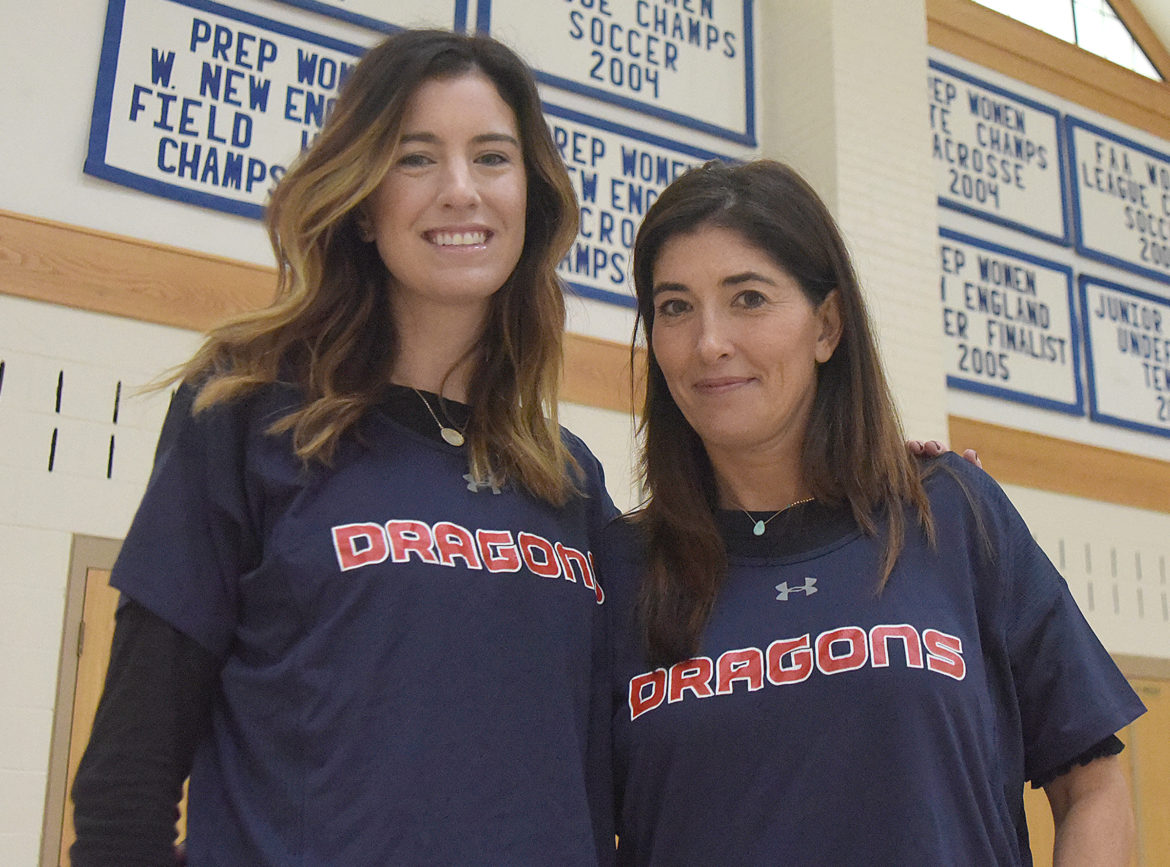 The Greens Farms Academy athletic program has hired Ciara Thurlow, right, as the girls varsity lacrosse head coach and Halley Griggs of Rowayton as associate head coach for the 2018-19 season. Thurlow, the former varsity coach at Wilton, is a Darien resident while Griggs lives in Rowayton.

Greens Farms Academy girls lacrosse is headed in an exciting direction come spring with the addition of two new coaches who are coming on board to lead the program.

Ciara Thurlow has been named as the head coach of the varsity girls team, and Halley Quillinan Griggs will serve as the associate head coach for the Dragons.

Thurlow, a resident of Darien, and Griggs, who recently moved to Rowayton, met recently when they ran the preseason program together for Darien High School. Each sensed an immediate connection with the other, and they are thrilled to be joining forces again to lead the Dragons.

“We are so excited to have Ciara and Halley lead our girls lacrosse program into the future,” GFA athletic director, Tauni Butterfield, said. “Both bring a wealth of experience, as coaches and players, as well as a passion for the sport that they will hand down to our players this season and beyond.”

Thurlow, a former player from Villanova, helped turn Wilton High School into one of the most competitive lacrosse programs in the state of Connecticut, winning three FCIAC titles, two state titles, and holding a record of 148-33-2 from 2002-10.

For the past eight years, Thurlow has coached for Darien Youth Lacrosse, where she also serves on the board of trustees, but is keen to return to coaching high school. 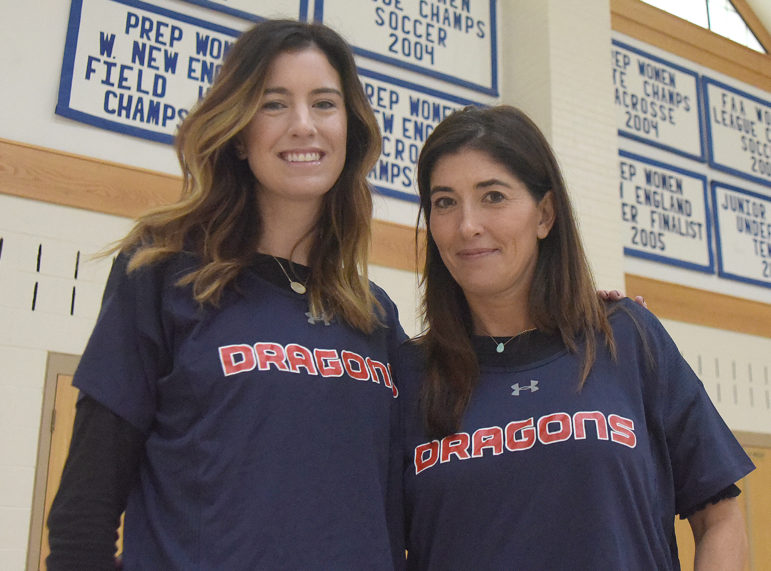 The Greens Farms Academy athletic program has hired Ciara Thurlow, right, as the girls varsity lacrosse head coach and Halley Griggs of Rowayton as associate head coach for the 2018-19 season. Thurlow, the former varsity coach at Wilton, is a Darien resident while Griggs lives in Rowayton.

“I was looking for a new challenge, and at this stage in my life, I was only interested in the perfect opportunity that met many criteria,” Thurlow said. “ GFA, under the new leadership of Head of School Bob Whelan and the continued passion of Tauni Butterfield, checked the box for everything I was looking for in a program at the high school level.”

Griggs is a former All-America player out of Syracuse, and a midfielder on the 2008-09 US National Team. She has coached youth lacrosse since 2006 for various programs throughout New York, Massachusetts, and Connecticut, and is excited for the opportunity to coach at the varsity level.

“I think back to all the lacrosse I played, and it’s been a lot, and I’ve been able to represent my town, my high school, my college, my country,” Griggs said. “The memories I cherish the most are from high school lacrosse. You’re able to represent your school and embrace the local rivalries and really have fun.”

Thurlow wants to begin to build the program in numbers and depth, knowing that through hard work the success will follow.

“My goal is to build champions on and off the field,” she said. “I need players in the area, that may not have thought of GFA as an option for girls lacrosse, to realize it’s a viable option now. GFA has a community that is so inviting and inspirational. This is the best platform to build the program I envision.”

As Thurlow considered taking over the GFA program, the veteran coach knew she wanted Griggs by her side.

“I recruited Halley to be my partner and associate coach because she shares my values of ‘coaching to empower,’ has a positive and motivating coaching style I respect, and is genuine in her commitment to taking GFA to the next level,” Thurlow said. “Halley has cultivated many relationships at the D1, D2, and D3 levels, that will be imperative for our players should they want to continue their careers at the college level.”

“I think it was one of those moments where we just clicked,” Griggs added. “We have a very similar coaching style and approach to the game. When this opportunity came, it was meant to be. To have my path cross with somebody who’s also so passionate about the game is so great.”

Thurlow is also enthusiastic about the growing success of all of GFA’s sports programs.

“There is a new energy and excitement around all the sports teams at GFA,” she said. “ Mr. Whelan is fully committed to taking GFA to another level in athletics, and I want to be a part of helping catapult GFA’s girls lacrosse program to a highly

competitive level. I am fully committed to doing everything it takes to build a championship environment at GFA – one that breeds leadership, authentic passion, teamwork, compassion, gratitude, courage, and, most importantly, I want to empower my players to find their ‘100 percent’ on and off the field.”