Darien police invite you to join them Monday morning from 10 a.m. to 12 noon at Upper Crust Baking Co. downtown to have a cup of coffee, and get to know officers.

“No agendas, no speeches, just a chance for you to get to know the officers that serve your community,” police said in an announcement on the department’s Facebook page.

Other police departments in the area have been holding similar events, including New Canaan and Norwalk. 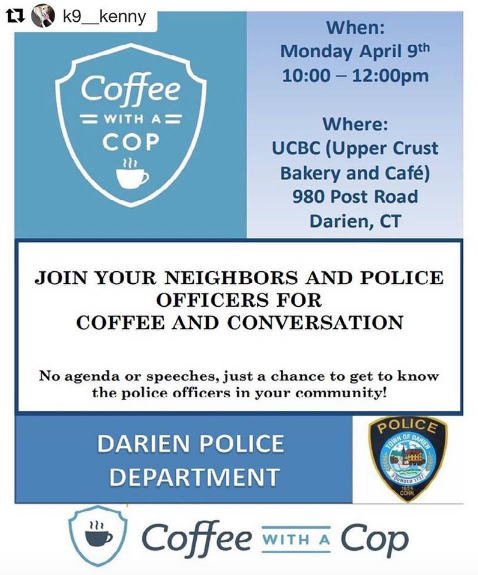