The number of mosquitoes infected with West Nile virus is rising faster than normal for this time of year, so state health officials and Gov. Dannel Malloy are urging the public to be vigilant about taking measures to protect themselves.

Here’s a news release issued by the state on Thursday:

Governor Dannel P. Malloy and state public health officials are advising Connecticut residents to be aware of a rapid build-up of West Nile virus (WNV) activity within the state as recent tests show that infected mosquitoes are rising at levels higher than normal for this time of year. 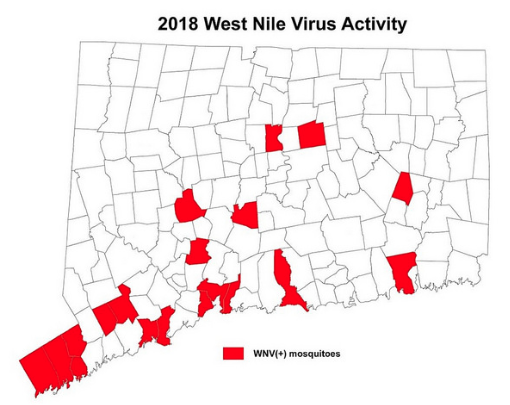 Quite a few of the Connecticut towns where West Nile Virus has been detected this year are near Darien, and Darien is one of the towns.

“Based on the data we have so far this season, we know that cases of infected mosquitoes are rising at levels that are higher than normal, and that’s why it is essential for people to take extra precautions,” Malloy said. “If you need to be outside— and especially if you work outside — take action to protect yourself and your family.”

“We are detecting more West Nile virus-infected mosquitoes, including those that readily feed on humans, than is typical for this time of year,” Dr. Philip Armstrong, Medical Entomologist at the CAES, said. “These conditions lead to an increased risk of human infection that will likely continue from now until the end of September.” 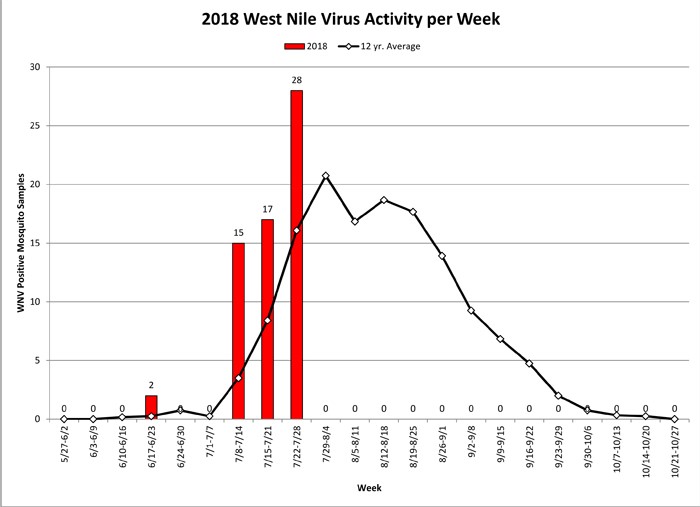 “We fully anticipate further build-up of the virus in the coming weeks and expansion into other areas of the state,” Dr. Theodore Andreadis, Director of CAES, said. “The current warm weather and high humidity are providing ideal conditions for mosquitoes and intensification of West Nile virus. Historically, August and September are the months of greatest risk for acquiring West Nile virus infection.”

“We are very concerned by the amount of West Nile virus we are seeing at this point in the summer season, and we urge the people of Connecticut to take the threat posed by mosquitoes that carry the virus seriously,” Department of Public Health Commissioner Dr. Raul Pino said.

“In addition to wearing long clothes, using mosquito repellant and taking other precautions to avoid mosquito bites, everyone can help to control our mosquito populations by eliminating standing water around your home and in your neighborhoods.

“It takes only a small amount of standing water — in a bird bath, in an old car tire, in overturned lids, in empty pots, anywhere — to provide a breeding ground for mosquitoes,” he said.

“Connecticut has some great natural spaces, from state parks, to state forests and wildlife management areas,” Department of Energy and Environmental Protection Commissioner Rob Klee said. “We urge those who are recreating outdoors to take common sense steps to prevent bug bites, including the use of mosquito repellents, along with wearing long pants and long-sleeved shirts.”

No human or horse cases have been reported with WNV-associated illnesses acquired in Connecticut this season. One hundred thirty four human cases of WNV, including three fatalities, have been diagnosed in Connecticut residents since 2000.

Tips for Reducing Mosquitoes Around Your Home

Mosquitoes require water for reproduction. The following are measures that can help reduce mosquitoes:

Mosquitoes require a blood meal for reproduction. The following are measures that can help reduce bites from mosquitoes that feed on people:

The CAES maintains a network of 91 mosquito-trapping stations in 72 municipalities throughout the state. Mosquito traps are set Monday to Thursday nights at each site every ten days on a rotating basis. Mosquitoes are grouped (pooled) for testing according to species, collection site, and date. Positive findings are reported to local health departments and on the CAES website.

For information on West Nile and eastern equine encephalitis viruses and how to prevent mosquito bites, visit the Connecticut Mosquito Management Program website.