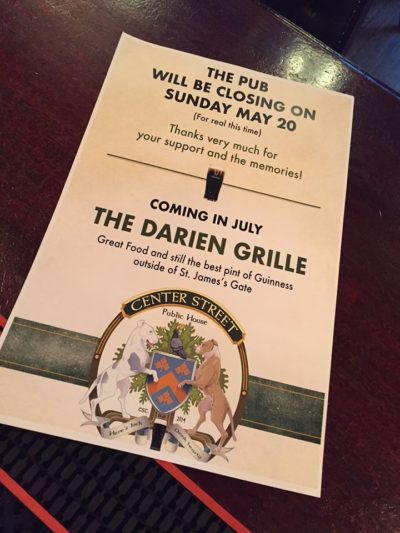 A man doing work in the restaurant space formerly occupied by the defunct Center Street Public House found that two iPads left there had been stolen when he returned to the vacated property, police said. 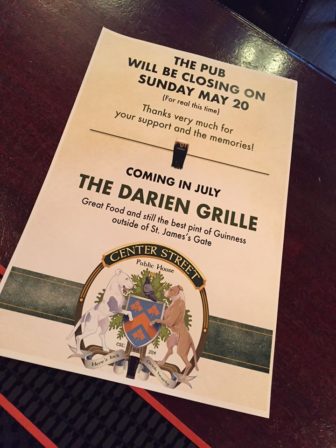 (A May 19 post on the Center Street Public House Facebook account says the bar and restaurant was to close on May 20 and would be replaced by a new restaurant, the Darien Grille.)

Police said this is what the man told them:

He returned to the vacated property at 22 Center St. at noon on Tuesday, June 12, and immediately noticed that the two iPads that had been left on the bar were no longer there.

The devices were part of the ordering/register system that were being set up for the business moving in. As the man searched for the iPads, he also discovered that the beverage service lines under the bar had been severed.

There were no signs of forced entry at the entrances.

The iPads are valued at about $200 each, and the beverage lines at about $400 in total.

Police are continuing to investigate the case.