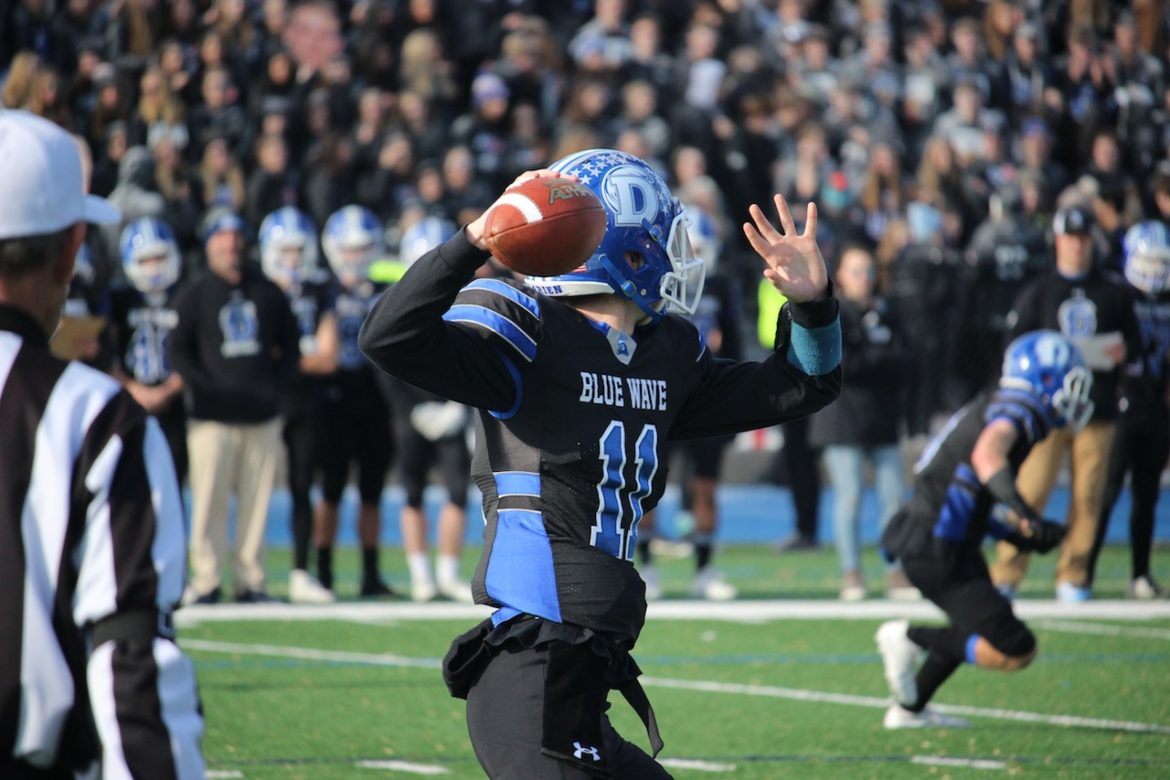 Scenes from the 2019 Turkey Bowl between Darien and New Canaan. Credit: Terry Dinan

Due to the continuing forecast of inclement weather and a need to allow host schools adequate time to prepare their facilities, the CIAC football quarterfinal games scheduled for Tuesday, Dec. 3 have all been rescheduled to Wednesday, Dec. 4.

Game times will remain at 6:30 p.m. All quarterfinals are scheduled for the site of the higher seeded team.

As a result of the rescheduling and a need to allow adequate rest between football postseason games, the semifinal games scheduled for Sunday, Dec. 8 will now be held on Monday, Dec. 9 at 6:30 p.m. at the site of the higher seed. Barring additional schedule changes, the football championships are still scheduled for Saturday, Dec. 14 with two games apiece at Trumbull High School, and Willow Brook Park in New Britain.

“Given the number of sites and games for the football postseason and the importance of maintaining equal and appropriate recovery for all teams, in consultation with the schools and tournament director we felt it best to reschedule the entire quarterfinal round of games,” said Gregg Simon, CIAC Associate Executive Director.

The updated schedule along with complete pairings, rosters and other tournament information is all available at tournamentcentral.ciacsports.com.

Tickets are available online for Blue Wave Football’s game with Greenwich at 6:30 p.m., Tuesday at Darien High School, and Darien police issued an advisory with traffic and parking regulations.

You can order tickets here at the GoFan website. Prices are $10 for adults and $5 for students and seniors.

The game is part of the state quarterfinals. Darien won nine games this season and lost one.

The Darien Police Department will enforce traffic regulations and monitor security for the Greenwich vs. Darien Quarterfinal Class LL Playoff Game, to be held on Tuesday December 3, 2019 at 6:30 pm.

All traffic will enter the DHS campus from Noroton Avenue. High School Lane and Nutmeg Lane will be closed to incoming traffic. Spectators are strongly urged to carpool. 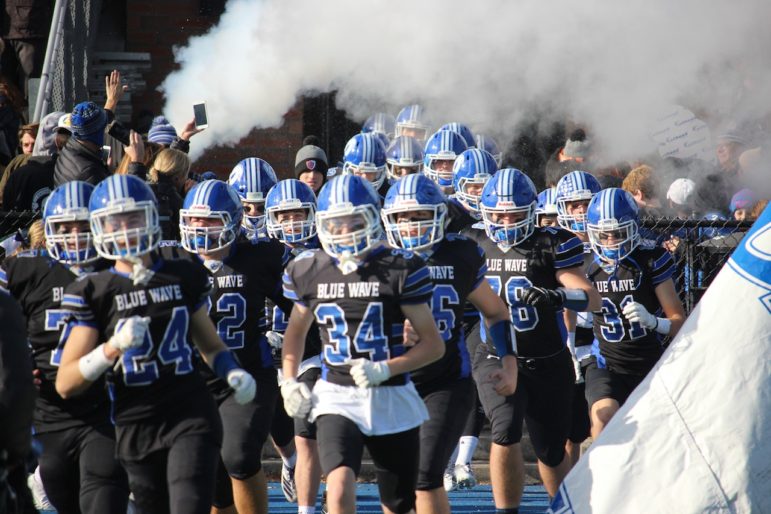 Scenes from the 2019 Turkey Bowl between Darien and New Canaan. Credit: Terry Dinan

Due to the large number of vehicles expected, parking regulations and designated tow away zones will be strictly enforced. A handicap permit is required to park in the limited number of handicap parking spaces available.

Additional parking is available at Middlesex Middle School, Frate Park [at the intersection of Middlesex Avenue and Leroy Road], and McGuane Field. No parking will be allowed on Noroton Avenue and in those areas that are specifically designated as “No Parking.”

All bags, backpacks and coolers will be subject to inspection. Spectators will not be allowed to bring bottles into the game.

At the conclusion of the game, incoming traffic will not be allowed onto DHS campus grounds until the parking lots are clear.

DHS campus grounds will close to the public after all parking lots are clear.

This article originally was published on Sunday, Dec. 1. Because of the update about the postponement of the game, the time stamp has been changed to put the link higher on the home page and back in the newsletter.