It would be criminal if you missed it: Darien High School’s Chicago the Musical!

— an announcement from Darien High School and Theatre 308

Chicago, the winner of six Tony Awards for its revival in 1996, takes place in the roaring twenties, a time of great political corruption and media sensationalism.

Failed vaudeville performer Roxie Hart murders her faithless lover and convinces her hapless husband, Amos, to take the rap…until he finds out he’s been duped and turns on Roxie. Convicted and sent to death row, Roxie and fellow inmate Velma Kelly vie for the spotlight and headlines with help from Chicago’s slickest lawyer Billy Flynn. 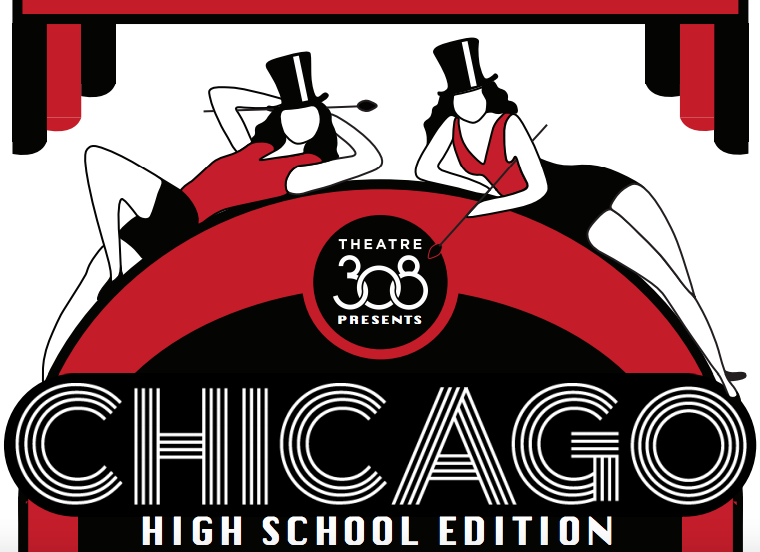 “Putting on a show like Chicago is a dream! It will challenge students in a way that no other musical can,” said DHS musical theater director Tim Sorensen, who took home best director honors at The Stephen Sondheim Awards back in June for last year’s 308 production of Footloose. “The dancing alone is very demanding. But if there is one thing our students can handle it is a challenge. I’m excited for the community to see what they are truly capable of doing.”

Choreographer Emily Frangipane and costumer Amy Raskopf worked extensively with student dancers and designers to capture the spirit of the time period and bring elements of the Bob Fosse’s original production to the high school stage.

Bringing another exciting element to this year’s production, for the first time Theatre 308 includes a swing cast to feature what Sorensen called the “many talented actors, singers, and dancers” of DHS.

While the primary role of this year’s swing cast is to operate as understudies in case one of the principle actors cannot perform, these actors will get their chance to show off their talents in a more significant role during the Swing Night performance.

All performances will start at 7 pm. Tickets are $10 for students and $20 for adults. To reserve seats, go to seatyourself.biz/theatre308. Tickets will also be available at the door. 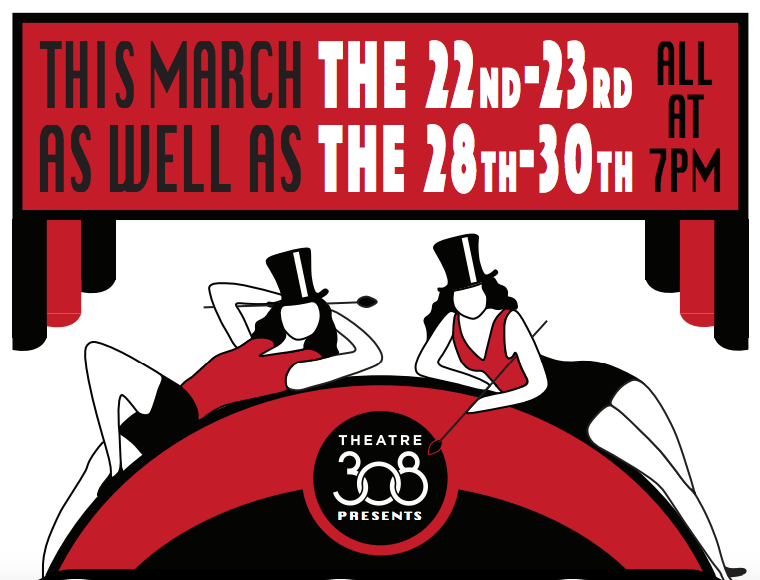 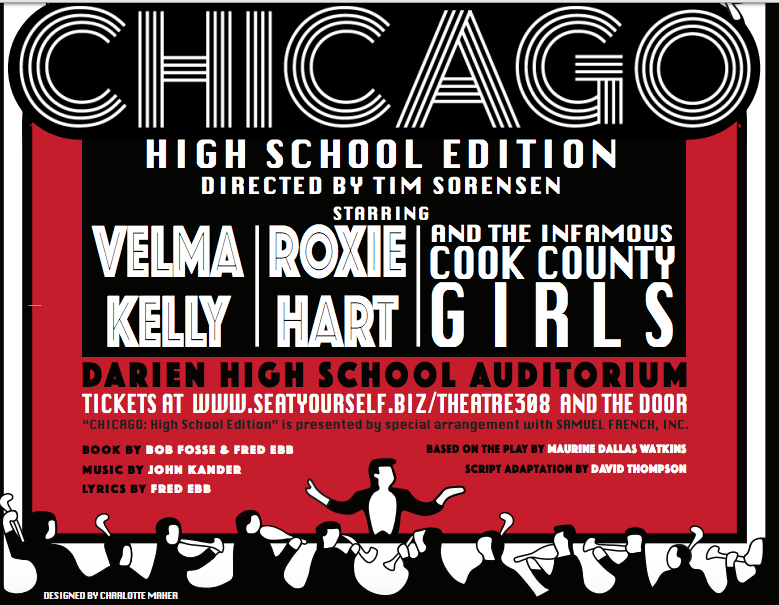 One thought on “Theatre 308 Presents ‘Chicago: The Musical’ at Darien High School, March 22 to 30”