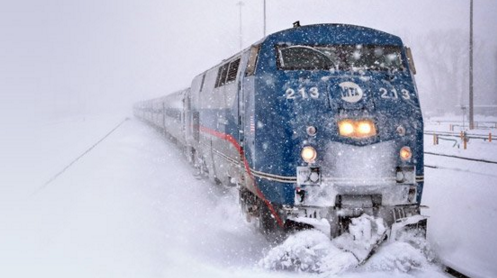 Rail fare increases of 21 percent over three years, starting with 10 percent in July, and another 10 percent hike next year, cuts in train service on weekends and off-peak times on the New Canaan Branch, and bus fare increases are coming unless the state finds some funding alternative.

That was the harsh message Connecticut Transportation Commissioner James Redeker gave New Canaanites on Wednesday. About 60 people went to the meeting in New Canaan Town Hall.

“This is not my wish […],” Redeker said. “I’m trying to do this in a rational way, but it’s certainly not a pleasant way.”

At another point in the meeting he said: “It is my hope that there is a chance for a solution to avoid any fare increases, any service adjustments, cuts, whatever you call them, because, frankly, a fare increase of that magnitude, on [rail] lines that have the highest fares in the country already, is devastating. 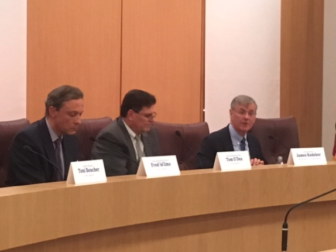 Revenues dedicated to financing the state transportation fund are lower than had been predicted, including gas tax and sales tax revenues, Redeker said.

The state issues bonds to pay for necessary construction projects each year, and right now the state needs to show bond buyers that it will finance the bonds, or projects will have to be halted at the last minute, he said.

“I’ve got $1 billion worth of bills that I have to pay contractors for work that’s underway,” Redeker said. Currently, the department is borrowing money from other state departments, and some bonds will be put on the market within weeks, he said.

He doesn’t want cuts in services or fare increases, he said, but he doesn’t think he has an alternative unless the Legislature, which is about to go back into session, and the governor agree to additional funding sources.

“Sixty percent of my expense budget is subsidies for trains and buses, 40 percent for highways,” Redeker said. “I can’t save all the money I need to operate by just reducing expenses on […] the highway side. I have to take it out of transit, as well, and the only tools I have to do that are fare increases and service cuts.”

The state subsidies for local transit districts, which provide bus service, would be cut 15 percent, initially, he said, with more cuts to follow in future years. 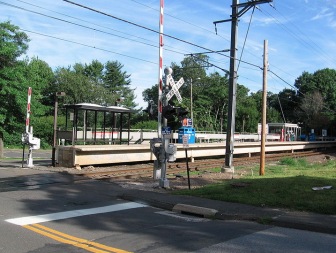 The state can save more money by cutting the number of trains on branch lines because the state subsidizes branch service a lot more than on the main New Haven Line: $4.42 per trip on the New Canaan Branch, $17.04 on the Danbury Branch, and $24.46 on the Waterbury Branch. The subsidy per ride is $49.52 on Shore Line East (east of New Haven).

For the New Haven Line, he said, the subsidy is $3.25 per trip. (Double those figures for the total subsidy on each day’s two-way commute.)

“All that additional service has actually made net-positive revenue. I can’t cut the service without losing money on the main [New Haven] Line. On the branch lines, that’s not the case. […] They have a deficit that is larger but can be cut.”

(Redeker didn’t explain how the average $3.25-per-trip subsidy doesn’t contradict the result of no savings if service is cut.)

Redeker said he knew lopping off weekend service and off-peak trains on the New Canaan Branch and other branches would put devastating burdens on many riders, but in New Canaan and Stamford, some, but not all, riders could still find transportation to a station on the New Haven Line.

Tucker Murphy, executive director of the New Canaan Chamber of Commerce, pointed out to Redeker that quite a few employees of New Canaan stores and businesses rely on off-peak and weekend trains to get to work.

“It was the option that I took because I didn’t know where else to go,” Redeker said of the branch line cuts in train trips.

In addition to cutting into the train schedule and raising fares, the Transportation Department is cutting 15 percent of its workforce and is canceling projects, including a $4.5 million project to improve service on the New Canaan Branch. Redeker said some transportation projects with federal funding — which currently pays for 80 percent of the costs — would remain.

He said the state can’t cut all the service from any of its train lines that have already received federal money because the state then would be obligated to pay back many of the federal grants already received for projects on those lines. That would amount to tens of millions of dollars, he said.

Redeker pointed out that in the past five years, the state redirected $165 to $170 million a year in revenues out of the transportation fund to the state’s general fund, in order to pay for other things.

“If that hadn’t happened, we wouldn’t be here today,” he said. In other words, the cuts in service and hikes in fares wouldn’t have to happen.

Redeker said he wasn’t making recommendations on any particular money-raising ideas, but stating facts that lawmakers would review as they decide what to do.

The state gas tax, now at 25 cents per gallon, was cut by 14 cents two decades ago, and now there’s a “gross receipts” tax on top of that. The state’s taxes on gas are roughly the same as “comparable states,” he said.

Tolls, which most other states use to raise money for transportation, have been eliminated in Connecticut, he pointed out. The average amount of money raised per mile with tolls in surrounding states is five cents a mile, he said.

Redeker said that if Connecticut had tolls raising five cents per mile on all of its limited access highways — Interstates 95,  91 and 84, along with U.S. Routes 2, 3, 8 and 9 (he didn’t mention the Merritt Parkway, which previously had tolls), “you could generate $650 million a year after four or five years of implementation.”

State Reps. Tom O’Dea, Fred Wilms and state Sen. Toni Boucher (who arrived late because she had a scheduling conflict) spoke at the meeting.

All three said they hope to prevent money that’s raised for transportation from being shifted to other state spending, and several people in the audience said they hoped the “lock box” proposal coming up in a November statewide referendum would do that.