After a 21-year-old Daren man was charged in a domestic incident, according to police, he was told to show up in court and not to return to the home; the next day he wasn’t in court but was back at the home, resulting in two more arrests. 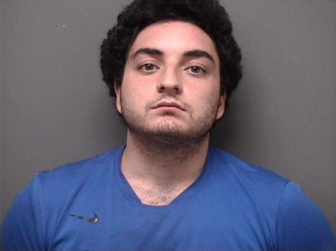 Christian Fiorenza, 21, charged with disorderly conduct, failure to appear in court and failure to obey conditions of his release.

On Wednesday, June 9, Christian Fiorenza of 13 Devonshire Dr. was charged with disorderly conduct after police were told that during a verbal argument he “became physically aggressive” then went to a room of the victim’s home and “began to cause damage” (police gave no details about what he did).

Police were called to the home at 9:54 p.m. Fiorenza admitted to becoming physically aggressive, and was issued a misdemeanor summons to appear in state Superior Court in Stamford the next day. As a condition of his release, he was told not to return to the home until the court gave him permission.

The next day, June 10, he showed up at the home. At 8:01 p.m., police were called to the home, where they charged with second-degree violating the conditions of release. He was held on $25,000 bond and taken to court the next morning.

While he did go to the home, he did not go to court that day. A judge issued a warrant for his arrest, and he went to Darien Police Headquarters on Friday, June 12, where police arrested him on the charge of failure to appear in court and released him on a $475 bond.