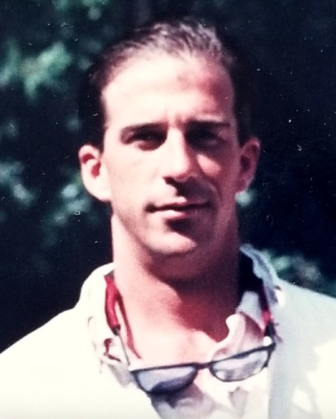 Born on Aug. 11, 1961 in Newton, Massachusetts he lived his younger years in North Reading, MA; Perrysville, Pennsylvania and Marlborough, Massachusetts.  In 1975 his family moved to Darien, which was the family home until 1990.

Paul graduated from Darien High School in 1979, were he was a firefighter in the Darien Fire Department. He then attended the University of Miami before he enlisted in the U.S. Army.

He served several years stationed in Germany as a Sergeant in the 35th Field Artillery Division. Upon leaving the Army, he attended UConn at Storrs.

During this time, Paul was an avid outdoorsman enjoying fishing, crewing of sailboats, teaching Scuba privately and at a camp in Maine, along with boating, skiing, surfing and camping in and around the Long Island Sound region.  He continued many of these passions throughout his life.

He worked in the Bond Fund Division of Merrill Lynch in New York for several years before relocating to Aspen, Colorado. Then Paul joined his parents on Amelia Island, Florida, where his passions for wildlife grew.

With the gift of gab, a zest for meeting new people and enjoying the company of his family and friends, he was known for his genuine desire to help others and he will be sorely missed. Paul was an avid Jacksonville Jaguars and Florida Gator fan as well.

He leaves behind his parents, Paul and Shirley Hargreaves of Fernandina Beach, Florida; his daughter, Sandra Bryan, and her husband, Joey, and son, Asher, of Fullerton, California; his sister, Dorinda Fish, and her husband Charly, of Stamford; his brother, David Hargreaves, of Montauk, New York; two nieces: Kelsey Beglin of Shelton and Cara Beglin of Portland, Maine.

In Lieu of flowers, donations can be made to the Hope House of Fernandina and the Nassau Humane Society.