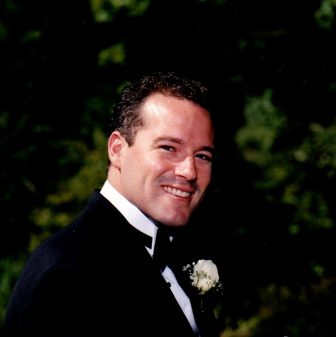 Paul Conrad, 50, passed away Sept. 4. A celebration of his life will be held at a later date.

Paul graduated from Syracuse University with a bachelor’s degree in marketing and finance. He worked as a commercial manager for Liberty Recycling in Bristol.

A devoted fan, Paul loved all Syracuse University sports and enjoyed attending games with his mother, Judy. He enjoyed hiking with his family and helping his wife, PJ, with the rehabilitation of young, orphaned wild animals.

As an avid reader and a lively storyteller, Paul had a zest for life. He could whip up just about anything in the kitchen, and would gladly school you in final Jeopardy. He lived life to the fullest, and shared his wisdom with his friends and family.

Aside from his parents, Paul is survived by his wife, Margaret “PJ” Conrad; and his children: Brittany, Taylor Marie, Katherine, and Christopher of Darien. He is also survived by a brother, Steve Conrad (Laurie) of South Hadley, Massachusetts; a sister, Kate Redfern (Paul) of Glastonbury, and many nieces and nephews.

A celebration of Paul’s life will be held at a later date. Donations in memory of Paul can be made to Tailor’s Wildlife Rescue Group, P.O. Box 8028, Stamford, CT 06905.