In the latest food inspection reports released by Darien Health Department, two inspections resulted in the poorest rating — “C” — another was rated “B” and nine restaurants were each given an “A,” the best rating. 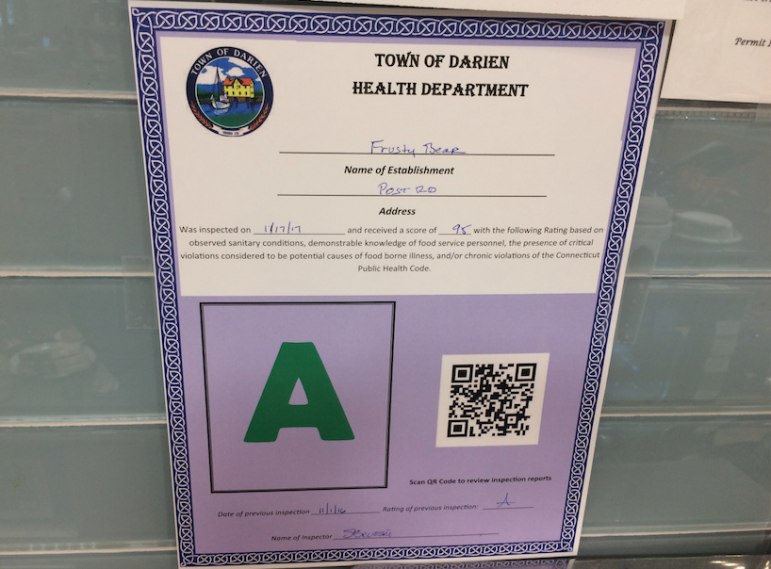 Details about the towns rating system for restaurants and other food serving establishments are at the bottom of this article, and you can find an article about the ratings system here.

For restaurants and other food-serving establishments rated “C,” and for some others of interest to the public (like schools) additional information is given. When we provide that information here, then words within brackets (“[ ]”) have been added for clarity by Darienite.com; semicolons like this (“;”) separate individual comments, each one with a particular violation that triggers a point deduction from that perfect state score of 100 points.

Here’s an alphabetical list of the most recently released results of Darien health inspections (keep in mind that a food-serving establishment with a history of good ratings may occasionally get a poor inspection rating, occasionally the best do, and every restaurant normally gets a few things wrong):

How Darien’s restaurants are now rated

The “A”, “B” and “C” letter grades a restaurant gets in its last inspection will be prominent on these certificates, which must be posted where customers can see them, and you can use your phone and the “QR” code to the right of the letter grade to get to the department\’s ratings website for more information.