Days after successfully defending her doctoral dissertation Tuesday, Middlesex Middle School Principal Karolyn Rodriguez had her baby a little early on Thursday and began a leave of absence for the rest of the school year, Superintendent Alan Addley announced in a letter to parents and staff.

Rodriguez had been expecting the birth next week. It’s the second birth for a top Middlesex School official: on April 13, Assistant Principal Dana Hutchins gave birth to a son (Sammy Hutchins Jr.). Hutchins is now out on maternity leave. 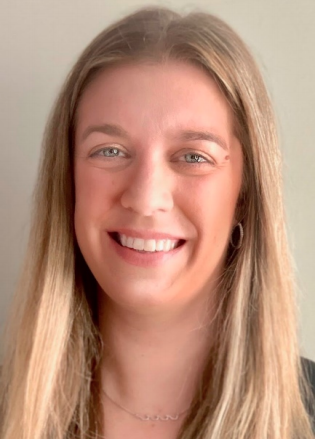 Karolyn Rodriguez was hired as principal of Middlesex Middle School in May 2021.

With blessed events expected, the school district came up with a plan for temporary administrators for the two positions. The plan is a bit complex, with replacements being replaced by new replacements over the summer before the principal and assistant principal are back to work.

Can’t Tell the Interim Administrators Without a Scorecard

Here’s the plan, a description of the interim administrators and when they’ll be coming and going:

Dr. Thomas McMorran will serve as the interim principal of the school from Tuesday, April 26 through the end of the school year, Addley said in the announcement, which was sent out on Thursday.

About McMorran: He is a former superintendent of the Easton/Redding school district (from 2015 to 2020) and was “head of school” for Joel Barlow High School and assistant superintendent for the district for seven years before that. He had previously taught English in middle school and high school.

For most of the summer, the Middlesex interim principal will be Mary Scalise, the current MMS assistant principal. Rodriguez is expected to return in August.

“Through the end of this school year, the secondary program director for special education and student services and the department chairs will provide administrative support to Dr. McMorran and Ms. Scalise,” the announcement said.

From Aug. 15 to Dec. 31, Lucy West, a social studies teacher at the school, will serve as interim assistant principal while Hutchins continues her maternity leave.

Here’s the full text. Darienite.com received it in a 3 p.m. email on Thursday:

As many of you know, Middlesex Principal, Dr. Karolyn Rodriguez, was eagerly anticipating the birth of her child next week; however, she is having the baby today! We extend our congratulations to Dr. Rodriquez on the exciting news and on successfully defending her doctoral dissertation on Tuesday night!

This letter outlines the coverage plan for the maternity leaves of absence for Assistant Principal Dana Hutchins, who gave birth to son Sammy Hutchins Jr. on April 13, 2022, and for Dr. Rodriguez the Middle School Principal.

Interim Principal (April 26-June 20): Dr. Thomas McMorran will serve as the Interim Middlesex Middle School Principal from April 26, 2022 until the end of the school year.

Interim Assistant Principal (August 15-December 31): In August 2022, Ms. Lucy West, a highly respected social studies teacher leader at MMS, will serve as the Interim Assistant Principal while Ms. Hutchins continues her maternity leave this fall. Ms. West has been a teacher at MMS for 31 years, serving as the social studies curriculum monitor from
2014-2017. Ms. West received a Bachelor’s degree in English from Connecticut College, a Master’s degree in English and elementary education from the University of Bridgeport, a second Master’s degree in Learning from Sacred Heart University, a Sixth Year Certificate degree in Educational Leadership and her administrative certification from Southern Connecticut State University.

Through the end of this school year, the Secondary Program Director for Special Education and Student Services and the Department Chairs will provide administrative support to Dr. McMorran and Ms. Scalise in Ms. Hutchins’ absence.

We offer our best wishes to Dr. Rodriguez and Ms. Hutchins, a warm Darien welcome to Dr. McMorran, and our congratulations to Ms. Mary Scalise and Ms. Lucy West. Dr. McMorran will reach out to families with a letter of introduction tomorrow.