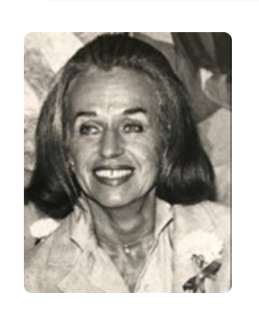 Janet Egert, mother of state Rep. Terrie Wood, passed away on June 21. Her funeral will be on June 27.

Janet, born in 1925, was daughter of Philip and Helen Gartshore Jackson, grew up in Wooster, Ohio and moved to Lakewood in 1942.

She was one of the fastest swimmers in the United States in the early 1940’s, swimming the 50 and 100 yard freestyle in national AAU competition. Attending The Ohio State University, she was an active and lifelong member of Kappa Kappa Gamma sorority.

In 1949, she joined Lakewood Little Theater (now the Beck Center for the Arts) staff to teach radio and speech for their children’s theater program.

A few years later, she become the director of the Children’s Theatre program. Previously, she had hosted — as “Lady Jan” — children’s shows on WJW and WHK as one of the first women in broadcasting.

During her tenure of 40 years at Lakewood Little Theatre, which included founding the  Teen Theatre Program, she fostered the growth of the program and defined its clear purpose:

“Our objective was always to teach children to develop confidence and be comfortable communicating with others. We’re not here to pressure children, to make them stars. I see this as a place for praise and laughter. We’re preserving laughter in a child’s world. We’re teaching them to be part of a team and using techniques of the stage, how to communicate, how to get up in front of other people. We’re giving them something that stays with them the rest of their lives.”

A sixty-six year member of Cleveland Yacht Club Janet and her family relished  watersports and family time spent on Lake Erie. She will be remembered for her sense of humor, humanity, life curiosity and her deep love of her family, friends, community and animals.

Update, 9:06 a.m., Tuesday: This obituary is from the family and here replaces a slightly different obituary from Zeis-McGreevey Funeral Home, originally published by Darienite.