Here’s how students from Darien helped raise the scores for fall sports teams at Greens Farms Academy in Westport as the fall sports season begins:

The varsity field hockey team kicked off the season in a big way.

Junior Zoe Koskinas (Fairfield) scored five goals while Keely O’Shea (Darien) had two goals and three assists to lead the Dragons to an 11-0 season-opening win at home on Saturday. 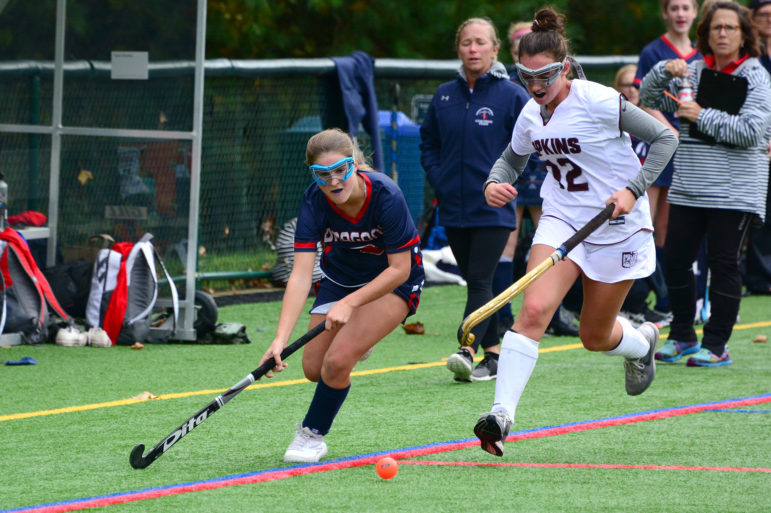 Koskinas’ five goals in the game is believed to be a school record, according to head coach Liz Schuellein.

Goalie Nikki Farber (Weston) only had to make one save.

Mitch Colonna (Norwalk) and Liam Murphy (Westport) both scored a goal, but the Dragons fell on the road by a 3-2 decision to Cheshire Academy on Saturday in its season-opener.

The Dragons fell behind 3-0 at halftime and stormed back, but couldn’t get the game-tying goal.

Will Whelan (Fairifeld) had a pair of assists for the Dragons, who were outshot 18-11.

On Saturday, the Dragons dominated the action in the second half, but were unable to get a goal into the net against St. Andrew’s, one of the top prep powerhouses in New England.

Yates made seven saves for GFA while Charlie Benson (Darien), Ethan Lior (Fairfield), Liam Murphy and Charles Kolin (Greenwich) all had solid chances to score over the course of the second half.

Benson’s attempt at a game-tying shot deflected off the cross-bar late in the second half.

GFA’s girls soccer team had plenty of chances, but in the end simply couldn’t convert while suffering a tough 2-1 loss to Christian Heritage on Tuesday in Westport.

Trailing 1-0 in the first half, Elyse Kimball (Westport) put a shot on goal that deflected off a Heritage defensive player and into the net to tie the game at 1-1.

Christian Heritage would score early in the second half and despite dominating possession over the final four minutes, the Dragons couldn’t find the equalizer.

GFA hit the cross bar twice and a post once over the course of the game. The Dragons also had nine corner kicks in the game.

The Dragons peppered Ethel Walker with 16 shots on Saturday, but were unable to score during Saturday’s road game.

Murphy made two saves for the Dragons, who slipped to 0-2.