Attention all chiropractors and physical therapists! Please report immediately to the state Capitol to treat the sore muscles of lawmakers who’ve twisted themselves into a pretzel, patting themselves on their backs for cutting the gasoline tax! 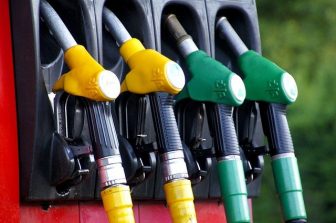 Photo by IADE Michoko from Pixabay

Soon, less of an annoyance. But there are other annoyances …

What a surprise (in an election year) that lawmakers voted unanimously to cut the gasoline tax 25 cents a gallon from April 1 to June 30. What a massive sense of relief for money-short taxpayers to save — what? — $25 per car this spring. Wow! Let’s all drive to Disneyworld.

And what do you think will happen in June when summertime driving season really kicks into high gear? Who’ll have the guts to vote against a probable extension of the tax cut heading into campaign season, even if gas prices have dropped by then?

While the savings may be tiny for each driver, the loss of tax revenue for the Special Transportation Fund (STF) will be significant — about $90 million. That loss will be made up from other budget surpluses in Hartford, which seems to be awash with taxpayer money.

In addition to the gasoline tax cut, we can all go on a spending spree with a sales tax holiday on clothing the week before Easter, but only on duds and footwear priced at less than $100 — assuming it’s in stock, given the supply chain mess.

One group that will benefit from this bipartisan bounty will be bus riders. They’ll literally get a free ride for three months. Those folks deserve a break, as for them even the existing $1.75 fare adds up and represents more of their income than most commuters.

As for the Gold Coast “fat cats” who ride Metro-North — let them eat cake. No fare cuts for you beyond the railroad’s recently announced discount deals trying to entice riders back to the office.

This isn’t the first time our lawmakers have messed with the gas tax. Some of us remember 1997 (when Transportation Committee Senate Chair Will Haskell was literally in diapers) when the tax was cut 14 cents a gallon. That cost the STF billions in money that could have kept our roads and rails in better shape.

What is really needed is what lawmakers refuse to do: fix the state’s gasoline price-fixing oligopoly known as “zone pricing” that creates huge disparities in what the pump price is based solely on geography. Why does gasoline cost 40 cents a gallon more in Greenwich than in Bridgeport?

And when, oh when, will we stop focusing on internal combustion vehicles draining our wallets and polluting our air? When will we get serious about getting low-mpg junkers off the road, replacing them with clean, electric power?

Invest in a Better Legislature

When? When we replace our part-time pols with full time legislators. That’s why I enthusiastically endorse the idea of a pay raise for our lawmakers. Their current $28,000 salary is a joke, leaving them fudging their travel expenses to scrape by, hoping to eke out a fatter pension.

Legislators’ jobs may be part time, but their responsibilities are full time plus OT, not to mention the commute. At today’s pay scale only the rich can afford to do the job which hardly means they represent, let alone can identify with, their diverse constituents.

You get what you pay for. Connecticut deserves full time, well paid lawmakers not the clown-car of political pandering we have now.