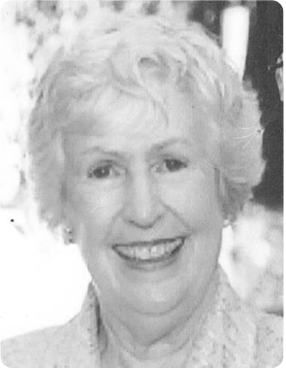 Claudia Trant Christensen, 94, died May 29. Her funeral will be on June 5.

Claudia Trant Christensen, 94, died May 29. Her funeral will be on June 5.

She was born in Salt Lake City to Bertha Claudia Rich and Lemert Philips VanVoorhis. She went to Stewart School, graduated from East High and the University of Utah where she was a Chi Omega.

Claudia attended Stanford Business School where she was one of three women in her class.

After school, she had a rich and varied professional life as an English teacher at the University of Utah, an advertising and personnel manager at Keith O’Brien department store, copywriter at KSL radio, and assistant to the president at Christensen Diamond Products.

She married Jack Trant in 1959 and embarked on her second career as a wife and mother. She treasured her role as stepmother to Jack’s daughter, Lamar, and mother to their daughter, Marsha.

— This obituary previously was published by the Salt Lake Tribune.

They lived in Darien for 19 years where they found a love of curling and made many wonderful friends. Later they moved to Bethesda, Maryland where they took full advantage of the culture and diversity in Washington, D.C.

After Jack died in 1991, Claudia moved back to Salt Lake City and reunited with many of her childhood friends, most notably, Ned Christensen, who had grown up in the house across the street. They married in 2004 and enjoyed 15 golden years together.

She was a member of the Alta Club, Cottonwood Club, Garden Club, the Sewing Club where nothing was sewn, and Town Club. She was a proud founding member of the neighborhood D&Ds.

Claudia believed she was the most fortunate person on earth. She loved people, a good game of bridge, angel food cake with white mountain frosting, pretty shoes, good literature, the Rocky Mountains, and exploring new places. She was known for her warm smile, insightful advice, quick wit, and wide circle of friends.

Services will be held at St. James Episcopal Church on Wednesday, June 5 at 11 am. Burial will be private at Mt. Olivet cemetery. The family asks that in lieu of flowers, memorial donations be made either to Kenya Connect, the Junior League of Salt Lake City, or the charity of your choice.