Ah, winter in New England! One day it’s foggy and mild, the next day it’s a blizzard. How can we get through the next few months and still get where we’re going?

Here are a few tips crowd-source from your fellow commuters:

If You Take the Train

First, never assume your train will be operating on time. Though Metro-North’s new M8 cars do much better in snow than the older cars, the railroad is quick to amend its schedules and reduce service as conditions warrant. Check their app before you head to the station. Leave early and expect to arrive late.

The same is true on Amtrak (and Shore Line East) where that railroad is predicting possible cancellations due to staffing shortages when mandatory vax rules go into effect for engineers in January. 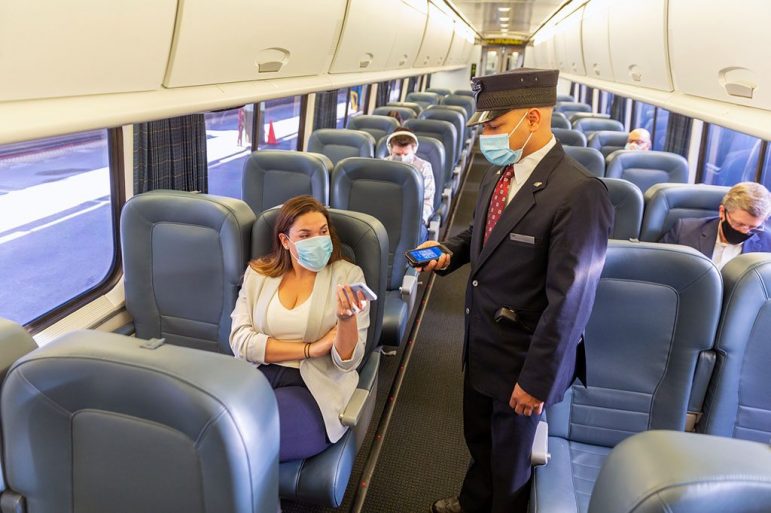 Parking is still plentiful at stations (and, in most cases, free on weekends), but exercise caution in unplowed lots. If the waiting room at your station isn’t open, call Town Hall as they’re the ones responsible for opening those warming shelters. 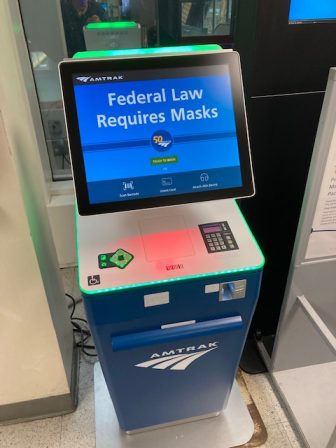 Do the same thing if you encounter icy steps and platforms: call Town Hall. They’re supposed to be using station parking revenues to keep the stations open and the lights on, not Metro-North. If you see something, say something.

The HVAC systems on Metro-North trains are much more reliable than in years past. The TrainTime app will alert you before your train pulls in which cars are the least crowded, but a seemingly empty car may be so for a good reason: no heat. So be ready to move.

If your station is using “bridge plates” from the station platform to a middle-track for boarding, stay off the icy aluminum until the train pulls in and stops. And always “mind the gap”.

Finally, please wear your mask at all times on the train. It’s the Federal law and, whatever your vaccination status, you don’t want to suffer through an Omicron Christmas.

CDOT is already warning us of an impending shortage of snow-plow drivers as the agency is having trouble hiring staffers in the competitive jobs market.

They’ll still be pre-treating major roads with a snow/ice melting concoction, but depending on the rate of snowfall, even I-95 could become impassable. In high wind conditions when big-rig trucks are banned, take that as a cue that you should reconsider your travel plans. 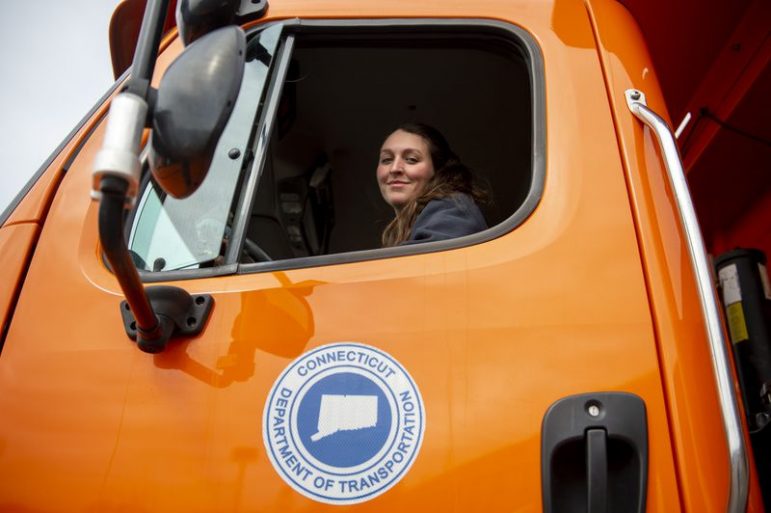 Keep your windshield-washer fluid tank full up as you’ll need it after driving through the nasty debris and ice tossed up from the road by cars ahead of you.

Above all, slow down. Even if you’re driving a tank-sized SUV, don’t assume you’re safe when things get slippery.

Finally, ask yourself if your planned journey is really necessary. “Zooming” might be an easier way to accomplish your tasks from the warmth and safety of your own home.

If there’s any silver lining to COVID, it’s taught us we can all be productive without risking our lives battling Mother Nature on the roads and rails, right?