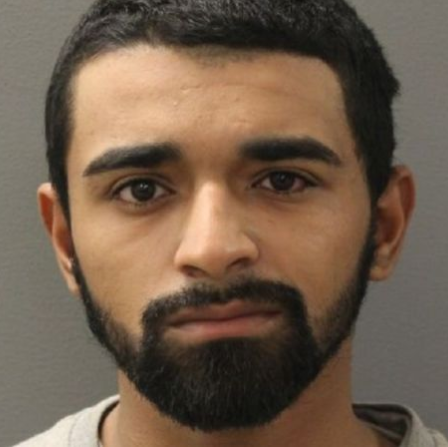 Marcos Colon, 22, of Ursula Place in Stamford, charged with various counts of larceny by Hamden P.D. on Dec. 6, 2016.

Hamden police say that when an officer found an unoccupied, stolen Darien car parked Tuesday at Sleeping Giant State Park, a 22-year-old Stamford man and two other people later got in it. 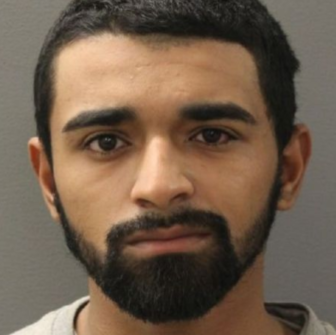 Marcos Colon, 22, of Ursula Place in Stamford, charged with various counts of larceny by Hamden police on Dec. 6, 2016.

Hamden police described what happened with this account, including accusations not proven in court:

Marcus Colon, 22, one of the three people who got in the car (the others were a male and a female, Lovello said), was charged with stealing the vehicle and some of the stolen items in it, which police identified as having come from “numerous” burglaries in Stamford.

Darien police detectives are looking into whether any of the items found in the car were stolen in Darien burglaries, Darien Police Chief Duane Lovello told the town Police Commission on Wednesday. Lovello said a male and a female who got in the car with Colon were also arrested, but Hamden police did not confirm that in their news release.

According to Darien police, the stolen car, a red Hyundai Sonata, had been parked overnight, Nov. 1 to 2 in the lot behind a condominium building on West Avenue near the Stamford border.

The car had been unlocked, with the keys inside it. The owner found it was missing at 6:30 a.m. the next morning. On the same night, unlocked vehicles on nearby Park Lane were also entered and in some cases items were stolen from them.

One or more credit cards were taken in those burglaries and at least one was used, according to Darien police.

Colon was held on $25,000 bond and later appeared in state Superior Court in Meriden, where his bond was reduced to $20,000.