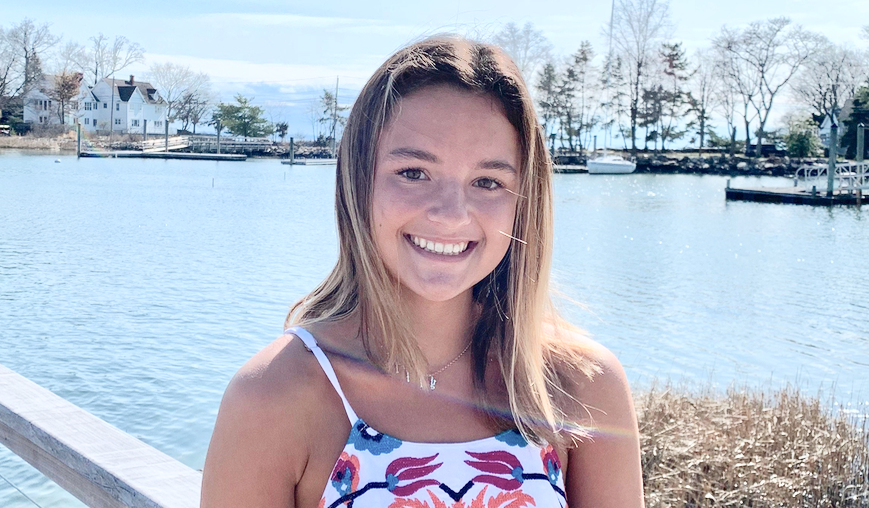 Photo from Resources to Recover/Laurel House

Lily Genovese, a lifelong Darien resident and senior at Darien High School, is being recognized for her leadership role in her community as a mental health activist.

Laurel House, Inc. will recognize Lily Genovese as the Darien Town Champion at its annual fundraiser, An Evening with Laurel House, on Saturday, June 13 at the Delamar, Greenwich Harbor.

— an announcement from Resources to Recover and Laurel House

Lily, a life-long Darien resident and senior at Darien High School, is being recognized for her leadership role in her community as a mental health activist. As a freshman, Lily joined the Darien Depot Teen Center Student Governing Board and is currently serving her second year as co-president of the Depot’s Board. 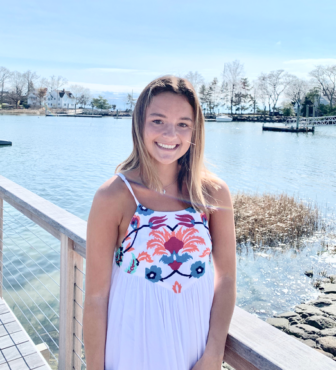 Photo from Resources to Recover/Laurel House

Lily Genovese, a lifelong Darien resident and senior at Darien High School, is being recognized for her leadership role in her community as a mental health activist.

She also joined the Darien Community Fund’s Youth Asset Team in her freshman year and currently holds the position of co-president.

Lily’s passion for those organizations grew in the aftermath of the tragic death of her cousin, who died by suicide in November of 2017.

After her cousin’s death, Lily realized that mental health awareness was something that was missing in her community and was a topic in which students and their parents should engage.

Lily uses her passion for writing as a platform to share her message of hope and awareness. Lily is co-editor in chief of the Darien High School newspaper, Neirad, and is a regular contributor to the Darien Times.

This year, Lily will be honored by the YWCA of Darien/Norwalk for the Young Woman of Distinction Award. She will be studying at Colgate University in the fall.

Laurel House will also be honoring Anthony L. Rostain, MD, MA, adolescent and child psychiatrist and co-author of The Stressed Years of Their Lives, as Laurel House’s 2020 Champion for Recovery.

Laurel House Board Directors members Julie Barrett Andersen of Wilton and Susan J. Marks of Darien are the 2020 event co-chairs.

An Evening with Laurel House will include a cocktail reception, dinner, dancing, and experiences that will be raffled off over the course of the evening.

It is Laurel House’s only fundraising event. The event is critical to sustain Laurel House’s programs and services to those living with mental illness and co-occurring disorders.

For more information, please go to bit.ly/laurelhouse2020 or contact Emma Romano, Donor Relations and Events Manager, at eromano@laurelhouse.net or (203) 324-7735.

About Resources to Recover and Laurel House Inc.

The core purpose of the Resources to Recover family of services is: early intervention, social inclusion and recovery. Its services and programs include: Laurel House; Thinking Well (Cognitive Remediation) and rtor.org, a gateway website to mental health resources.

It has been in operation since 1984 and serves 8 towns in lower Fairfield County from Greenwich to Westport.