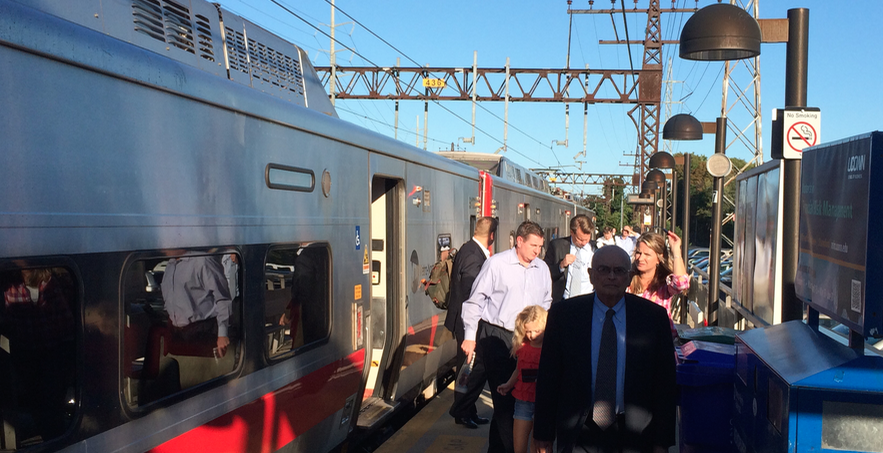 Not only will you have to pay more, but the weather isn't as good as in this picture.

How did the best commuter railroad in the US suddenly become subject of Federal safety investigations after a series of derailments and collisions claimed lives? Why is Metro-North’s survival crucial to real estate prices in Darien? What’s the future of rail service along CT’s “Gold Coast”?

It’s a story of political intrigue, corporate malfeasance and corruption befitting a cheap novel — but it’s all true. Darien resident and long-time commuter advocate Jim Cameron spins the tale of “Metro-North: From First to Worst”.

Senior Moments, a monthly coffee and conversation program designed specifically for seniors will meet in the Community Room at 3 p.m., Thursday, March 10.

About the presenter
Jim Cameron moved to Darien in 1991 and, as a commuter he saw first-hand the deterioration of service on Metro-North. Rather than just “getting mad”, he did something about it, joining the “Connecticut Metro-North Rail Commuter Council”, created by the CT Legislature, on which he served for 19 years, four of them as its Chairman. In 2014 he resigned and formed a new effort, The Commuter Action Group. He is member of the Representative Town Meeting in Darien CT, is Program Director of the town’s TV station, Darien TV79, and is author of the newspaper column, “Talking Transportation” which now runs in 25 newspapers across the state, including the Darien Times.

If you’re interested in this, you may also want to know:

The Connecticut Commuter Rail Council is coming to town for a regular meeting at 7 p.m., Wednesday, March 16, in Darien Town Hall.