It is with great sorrow we announce the passing of our beloved father, Harrington John Oberlander Jr., aka Sam and Harry. He passed away peacefully on June 22 at the age of 89. 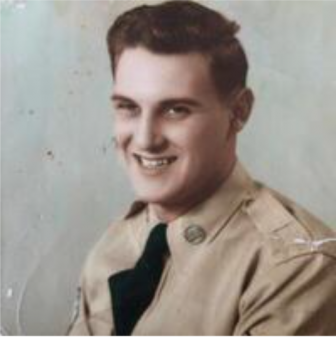 Harry lived with his great-grandfather, John H. Oberlander, aka Jack, and his step-great-grandmother,Nellie Francis Mather Oberlander at 3 Oberlander Place, Darien for a good part of his early life.

Harry attended Peekskill Military Academy in the early 1940s and graduated from Darien High School in 1950. While at Darien High he was on the varsity football team and a member of the Glee Club.

After high school, Harry joined the Air Force during the Korean Conflict and attended a radio operator course at Keesler Air Force Base in Biloxi, Mississippi. He was awarded the Korean, United Nations and National Defense Service medals along with the Good Conduct medal.

Harry married Sis, his high school sweetheart, on April 3, 1954, shortly after he was discharged from the Air Force. He entered the trades as a plumber, went to night school and earned his plumbing license. He retired as a master plumber in the mid-1990s, with 40 years in the trade.

Harry spent the last 25 years residing at Kingsway Senior Housing, next to Stew Leonard’s Norwalk. While at Kingsway, he was active in the Kingsway Store and café, also active in the resident association, and helped in any way he could.

In 2014, Harry converted to Catholicism at St. Philip Roman Catholic Church in Norwalk and was active in the church until he was hospitalized for bone cancer in early 2020.

From his son, Skip, he is survived by his granddaughter, Natasha Ann Oberlander, (mother: Christine O. Roach), and her son, Jake Harrington Cross. He is also survived by grandchildren, Phillip Oberlander and Jennifer Elizabeth Oberlander, (Mother-Georgine F. Harmonway Oberlander, aka Gigi).

His body was cremated and will be buried with his father, Harrington John Oberlander Sr., at Spring Grove Cemetery in Darien  at 12 noon, Friday Sept. 17, 2021.

In lieu of flowers, please donate to a veterans organization.

— an obituary from the Raymond Funeral Home, where online condolences may be left