Michael Goldstein of Greenwich, a physician and lawyer, has announced he is running for the Republican nomination for U.S. Congress in the Fourth District, which includes Darien. 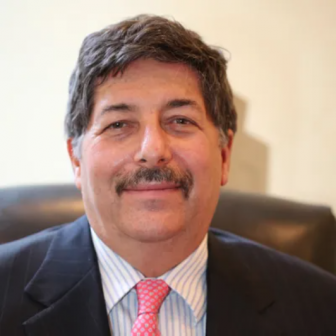 Michael Goldstein, a doctor and lawyer, is running for the Republican nomination to represent the Fourth District in the U.S. House of Representatives.

“I am running to reform healthcare  and the wrongs  that  I have experienced first hand as a physician, which have plagued our country,” Goldstein said in an announcement on his website.

Goldstein is an ophthalmologist and a board certified physician for more than 40 years. He founded his own ophthalmology practice decades ago and continues to manage it. Ophthalmologists specialize in treating eye disorders and diseases.

“Later in life, I decided to become a lawyer and went to law school at Pace University at night,” Goldstein says on his website. “I am not afraid to work hard to get where I want to go and I would do the same for Connecticut Residents if elected to Congress.”

Goldstein has lived in Connecticut for more than 30 years. “I moved up to Greenwich Connecticut in 1987 to escape bureaucratic mismanagement  that I experienced in New York City and escalating taxes,” he said. “Connecticut was once a fiscally responsible state that did not have state income taxes.”

In the time he’s lived in the state, he said, “Connecticut has become a bureaucratic empire mismanaged by the majority of its elected officials that continue to saddle this great state with debt while driving good taxpayers and industries out of the state in search of better economic opportunities.”

He is the husband of Dr. Belle Goldstein, a dermatologist practicing in Manhattan, and is the father of two sons, Jonathan and Stephen.

U.S. Rep. Jim Himes, a Democrat, is in his seventh term, having represented the district since 2009. He filed papers for re-election, Hearst Newspapers reported in January, but hasn’t made an announcement, although his campaign website is being updated and appears to be ready to help accept campaign contributions. Goldstein is the only other candidate who has filed papers for the election.

Himes won re-election in 2020 with 62.2% of the vote, with Republican Jonathan Riddle getting 36.2 percent and two other candidates getting the rest of the vote.

Goldstein was a candidate for the seat in 2020, but was one of two candidates who lost the GOP nomination that year to Riddle.

His announcement described his views on these issues:

“Goldstein believes the backbone of the Constitution State is its entrepreneurs and small business owners. High taxes and wasteful government spending resulting in high energy prices and inflation are hurting the Connecticut workforce and our families.

“He is a strong believer in parental rights regarding their children’s education. He supports the Second Amendment. The former member of the Board of Trustees of Greenwich’s Temple Sholom worked with the temple president to have equal congregation representation on the board.”

Healthcare costs are a prominent part of Goldstein’s platform. Here’s what he says about it on the home page of his campaign website:

“Healthcare costs are on the rise and health insurance is not affordable for most Connecticut residents.  Drug prices are rising while manufacturing costs of prescription drugs are on the decline.

“As one of the last sole practitioners in medicine, I have watched the decline of our health care systems on the front line.  Your healthcare expenses go to pharmaceuticals and administration of healthcare. It does not go to your doctor.

“If  Democrats and non-business minded politicians continue down this course, we will be headed for a healthcare crisis of epic proportions.  The only solution that has been given for rising healthcare costs is higher taxes to subsidize mismanaged policy.

“Taxes cannot be our only solution to this problem.

“Efficient deregulation  and a transfer of insurance premiums to doctors rather than allocating those funds to administration and inflated pharmaceuticals will ensure a brighter future for our healthcare system.”