For about 30 years, from the late 1980s to about 2011, George McKnight ran Fairbanks Photo in downtown Darien, where “I think every kid in Darien worked at one point or another.” 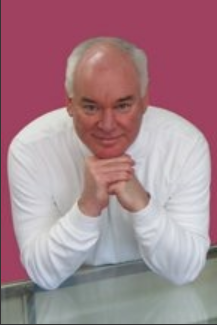 George, now living in South Salem, New York needs to get some dental work to help him smile for photos. The dentistry he needs isn’t covered by his insurance and costs $5,000. A GoFundMe.com campaign has been started to help raise funds for it.

In retirement, George says he spends a lot of his time going to doctor’s appointments and puttering around on his computer, looking up information online. “I’m considering a part-time job — hopefully something from home, I’m not sure.”

While at Fairbanks, he frequently volunteered his time and photography skills to taking pictures at nonprofit events. People would order copies of the pictures for themselves, “and it was just nice that you could keep that part of their life alive to some degree,” he said.

At the store, McKnight said, “It was very satisfying to solve somebody’s camera or photo-finishing problems.”

As the retail photography industry changed, he would do more jobs involving taking film or videotapes and getting them into a digital document, sometimes with music.”

Here’s what the GoFundMe page says:

We all remember George from Fairbanks Photo; always there to answer a camera question or assist with a print order.  He met every customer with a cheerful

SMILE and  patience.  Over the 30 years of running the store he was always available and was even known to make a home delivery if an order was not ready.

Over the years, George could be found at many not for profit fundraisers where he would donate his time for the organization’s archives and for attendees to have if they wanted.

The number of SMILES from these events is uncountable; everyone was having a great time, including George!!  He found it very satisfying to not only be a part of these events but to be creating and saving so many SMILES along the way.

SMILE again for his grandchildren and just because it feels good to SMILE.

Won’t you consider making a donation to his SMILING once again?