After $50 to $60 in cash was reported stolen from a vehicle parked at the Country Club of Darien, police reviewed security camera recordings, which allowed them to read the license plate of a car two suspects got into.

Police said that led to the arrest of a 19-year-old Queens, New York man who had recently been arrested for a similar crime in Garden City, New Jersey.

The victim told police he had parked his vehicle and left it unlocked at the club, at 300 Mansfield Ave., between 12:30 and 1:30 p.m. on Jan. 19. He later discovered that the cash was missing from the center console. 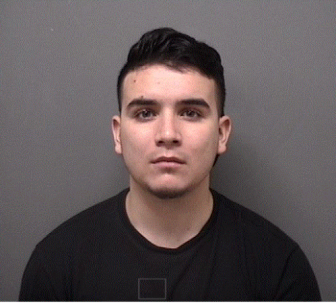 Jonathan Millan, 19, accused of stealing cash from a motor vehicle.

Thefts from unlocked vehicles parked in country club parking lots are not rare either in Darien or in surrounding communities.

When police reviewed security video recordings, they saw two males entering the victim’s vehicle. The males left in a black Honda Accord with a New York license plate. The car belongs to Jonathan Millan of 96th Street in the East Elmhurst section of Queens, in New York City.

A comparison of Millan’s booking photo for the Garden City arrest looked like one of the males seen on the video recording. Police applied for and received an arrest warrant for Millan, who turned himself in at the police station on Thursday, March 4.