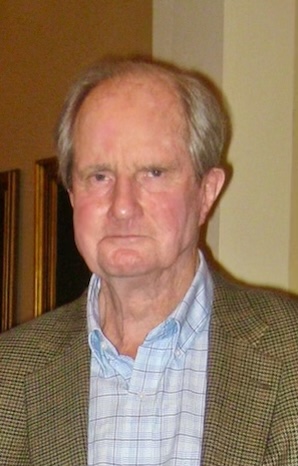 James Laughlin, 89, passed away on Jan. 25. A memorial service will be held in the spring.

He was the devoted husband of Eleanor W. “Susie” Laughlin for 65 years and father of Laura L. Johnson, Tim, Ann, Tom and Chris Laughlin.

Jim was born on Feb. 13, 1932 in Paris to Thomas and Louise Laughlin, and grew up in Manhasset, New York and Aiken, South Carolina. He attended The Brooks School and Yale University, where he was a member of the Class of 1954. He played Varsity Squash and served as president of the Chi Psi Fraternity.

After serving in the Marines from 1954 to 1956, he met his bride, Eleanor “Susie” Whitman, and they married in 1957 in Bedford, New York. After leaving New York City, they established their home in Tokeneke in 1960.

Their life was consumed with children, sports and laughter for the next 50 years. In 2010 Jim and Susie moved just outside the town of New Canaan. Summers were spent on Fishers Island where Jim indulged his passion for golf.

Jim’s rewarding career in banking, insurance, and investments began in 1956 in Manhattan and grew into Laughlin Investment Counselors in Stamford by the 1970s. Jim was a kind and generous man, a caring father, and a reserved and humble citizen. He was very proud of his family and always encouraged good education, the pursuit of sport and keeping a sense of humor.

Aside from his family, Jim’s second love was golf. He was an avid golfer who loved competing in any golf tournament. He especially loved the camaraderie that came with a round of golf. He couldn’t get enough of it. He was a great student of the game and its history. He relished in sharing that lore with anyone who would listen.

In addition to his wife, Susie, and his children, he is survived by his brother, Michael Laughlin of Aiken, South Carolina; seven grandchildren: Whitney, Bailey, James and Nick Johnson, Kelly and Kate Laughlin, and Peter Laughlin; and a great granddaughter, Francie Johnson.

Jim will be greatly missed by his friends and family. A memorial service is being planned for the late spring.

— an obituary published by the Stamford Advocate on Legacy.com, where online condolences may be left