Carmen Perez de Guzman San Roman, wife of Vincent C. Arguimbau Jr. and known as Tempa, passed away peacefully at home with family on April 15 in Seville, Spain. She was 91. 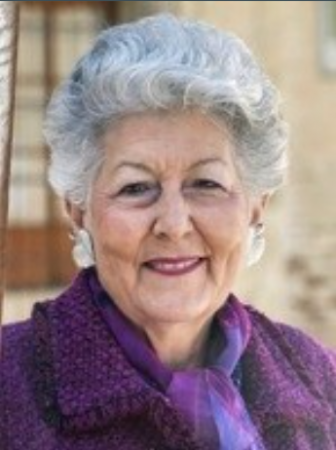 Tempa was schooled at Las Madres Irlandesas in Castilleja de la Cuesta. She met her “Don Vicente,” an American olive importer working in Seville. They married in April 1949 and made their way to America to build a house and start a family on the idyllic shores of Scotts Cove in Darien.

Tempa, devoted to her heritage, vigorously entertained both local and Spanish friends with gatherings overlooking her favorite cove. In 1964, her Continental sense of style led her to partner with Ann Orsi Lunn creating “Ann y Tempa,” a fashion design house for hostess and party attire sold through major retailers, and often featured in Vogue magazine.

An active member of the Darien Representative Town Meeting, she brought back to Spain her newly developed organizing awareness to start “Los Amigos de Sevilla,” and joining with the Venice Charter to protect the Green Zones around the world’s historic monuments.

She was predeceased by her husband Vincent of 51 years, in 2000, and her brother Pedro Perez de Guzman in 2019. She is survived by her brother, Gonzalo Perez de Guzman; four children: Vincent Arguimbau (Hilarie) of Darien; Peter Arguimbau (Kim) of Greenwich; Mariette Scott (Edward) of Darien; Suzanne Gebelein (George) of Dedham, Massachusetts; her grandchildren: Alexandra, Quintin, George, Andre, Maria, Olivia, and Terra; along with her many nieces and nephews both the U.S. and Spain.

A memorial service to be scheduled.